Catalog No: DOC092
Label: Dead Oceans
Take the 101 north out of Los Angeles, and you'll pass by Agoura Hills, where the core duo of the band Dub Thompson grew up. Whatever you see in that town won't readily prepare you for the music they wrote while there, but you're free to look. "Most everyone who's in a group who's our age lives on the Internet," says guitarist Matt Pulos. "The kinds of things that have shaped our band aren't anchored to any one time or place." Pulos and his bandmate, drummer Evan Laffer, are currently both 19 years old, and are putting that line of thought to the test; their musical influences travel from the Midwestern malaise of Big Black and Pere Ubu, to Kraut pioneers Can and Kraftwerk, while bowing to the British belligerence of The Fall and This Heat. Recording the album while living with Foxygen's Jonathan Rado at his rented house in Bloomington, the band had its first taste of a heavy IndianaÂ summer, and all the humidity and insect life that buzzes along with it. "We woke up every day, ate hard-boiled eggs and stood on a porch," says Pulos of the experience. Their first collection of songs slyly unties the shoes of genre and convention, shapeshifts mischievously, and tramples on the promises delivered on the name itself. There are only eight songs on this rangy debut. Intense blasts of hook-filled noise rock ("Hayward!"), rocksteady marionette stomp ("No Time"), hypnotic bouts of doomy poeticsÂ ("Epicondyles"), outlandishly sexy groove rock ("Dograces"), and a number of other bite-sized forays into parts unknown are made manifest acrossÂ 9 Songs.Â  The vibes are strong here. Pulos sings and plays like he's working out long-standing grudges, pulling the most sinewy tones from an acoustic guitar and ripping huge chunks of demon flesh out of his electric. Laffer matches him step for step on the drums, an exacting presence behind the kit who pushes even the band's more placid moments into bouts of tension. Together they succeed in animating their musical ideas to startling, almost unnatural life. Reverb units, keyboards, samples and processing gluing everything together, saturated in the August heat and worn in until they sound second nature, it's like somehowÂ you've been listening to these songs forever.Â
read more 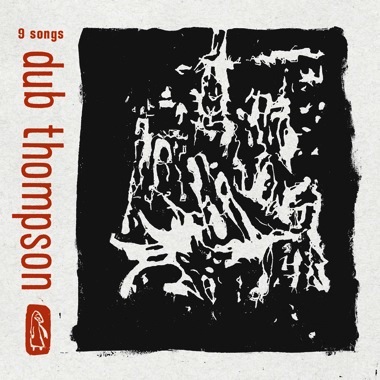