Catalog No: DOC204
Label: Dead Oceans
**All orders will receive access to an exclusive broadcast – a live performance film – which will go out on Wednesday 20 Jan at 7pm UK / 2pm ET. A private link for the broadcast will be sent at 5pm UK on the day. The film will be viewable for 48hrs after broadcast.**

There are moments on 'Drunk Tank Pink' where you almost have to reach for the sleeve to check this is the same band who made 2018’s 'Songs Of Praise'. Such is the jump shame have made from the riotous post-punk of their debut to the sprawling adventurism and twitching anxieties laid out here. The South Londoner’s blood and guts spirit, that wink and grin of devious charm, is still present, it’s just that it’s grown into something bigger, something deeper, more ambitious and unflinchingly honest.

To understand this creative leap you need to first understand the journey shame undertook to get here. From their beginnings as wide-eyed teenagers taken under the decrepit wing of The Fat White Family to becoming the most celebrated new band in Britain and their subsequent crash back down to earth. Come in, and close the door behind you…

“Never get out of the boat”
Cap. Benjamin L. Willard

It’s no exaggeration to say the members of shame have spent their entire adult life on the road. A wild-eyed tour of duty marked by glorious music and damaged psyches, when it eventually careered to a stop the band were parachuted back into home territory. Shell shocked, dislocated and grasping for some semblance of self.

Shame’s previous bases – the notorious den of iniquity that was The Queens Head pub, the musical petri dish of Brixton’s Windmill – were either gentrified into obsolescence or no longer viable as an HQ. Sometimes home just isn’t home anymore. Or at least it’s not the way you remember it.

To cope, guitarist Sean Coyle-Smith barricaded himself in his bedroom. Barely leaving the house and instead obsessively deconstructing his very approach to playing and making music, he picked apart the threads of the music he was devouring (Talking Heads, Nigerian High Life, the dry funk of ESG, Talk Talk…) and created work infused with panic and crackling intensity.

“For this album I was so bored of playing guitar,” he recalls, “the thought of even playing it was mind-numbing. So I started to write and experiment in all these alternative tunings and not write or play in a conventional ‘rock’ way.”

Frontman Charlie Steen, meanwhile, took a different tac and attempted to party his way out of psychosis. “When you’re exposed to all of that for the first time you think you’re fucking indestructible,” he notes. “After a few years you reach a point where you realise everyone need a bath and a good night’s sleep sometimes.”

An intense bout of waking fever-dreams convinced Steen that self medicating his demons wasn’t a very healthy plan of action and it was probably time to stop and take a look inward. Shame had always been about exposure – be that the rogues’ gallery of characters they drew inspiration from or the cornucopia of joy to be had from simply being in a band – this time, however, they were exposed to themselves.

“You become very aware of yourself and when all of the music stops, you’re left with the silence,” reflects Steen. “And that silence is a lot of what this record is about.”

Pass along the plant-strewn corridor leading into Steen and Coyle-Smith’s shared living space in South East London and hidden away to your left is a dank, brown curtain. Pull it back and open the door… welcome to the womb.

More of a cupboard than a room (it used to house the washing machine until they lugged it outside and put a bed in) and painted floor to ceiling in the specific shade of pink used to calm down drunk tank inmates, the womb is where Steen cocooned himself away to reflect and write. Scraping and shaking lyrics out of himself that – through the prism of his own surrealistic dreams – addressed the psychological toll life in the band had taken on him. The disintegration of his relationship, the loss of a sense of self and the growing identity crisis both the band and an entire generation were feeling.

“The common theme when I was catching up with my mates was this identity crisis everyone was having,” reflects Steen. “No one knows what the fuck is going on.”

The genius of 'Drunk Tank Pink' is how these lyrical themes dovetail with the music. Opener "Alphabet" dissects the premise of performance over a siren call of nervous, jerking guitars, its chorus thrown out like a beer bottle across a mosh pit. "Nigel Hitter", meanwhile, turns the mundanity of routine into something spectacular via a disjointed jigsaw of syncopated rhythms and broken wristed punk funk.

Bassist Josh Finerty had begun to record the band’s divergent ideas at home in South London which were then fleshed out in a writing trip in the Scottish highlands with electronic artist Makeness, before sessions in La Frette studios in France with Arctic Monkeys producer James Ford. The result is an enormous expansion of Shame’s sonic arsenal.

Songs spin off and lurch into unexpected directions throughout here, be it "March Day"’s escalating aural panic attack or the shapeshifting darkness of "Snow Day". There’s a Berlin era Bowie beauty to the lovelorn "Human For A Minute" while closer "Station Wagon" weaves from a downbeat mooch into a souring, soul-lifting climax in which Steen elevates himself beyond the clouds and into the heavens. Or at least that’s what it sounds like.

“No that’s about Elton John,” laughs Steen. “I read somewhere about him being so cracked out that he told his PA to move a cloud that was blocking the sun. I just thought that was the greatest, Shakespearean expression of ego. Humour is a massive part of this band. We’re not some French existential act where everything is actually sad. There’s light in it as well.”

From the womb to the clouds (sort of), shame are currently very much in the pink.
read more 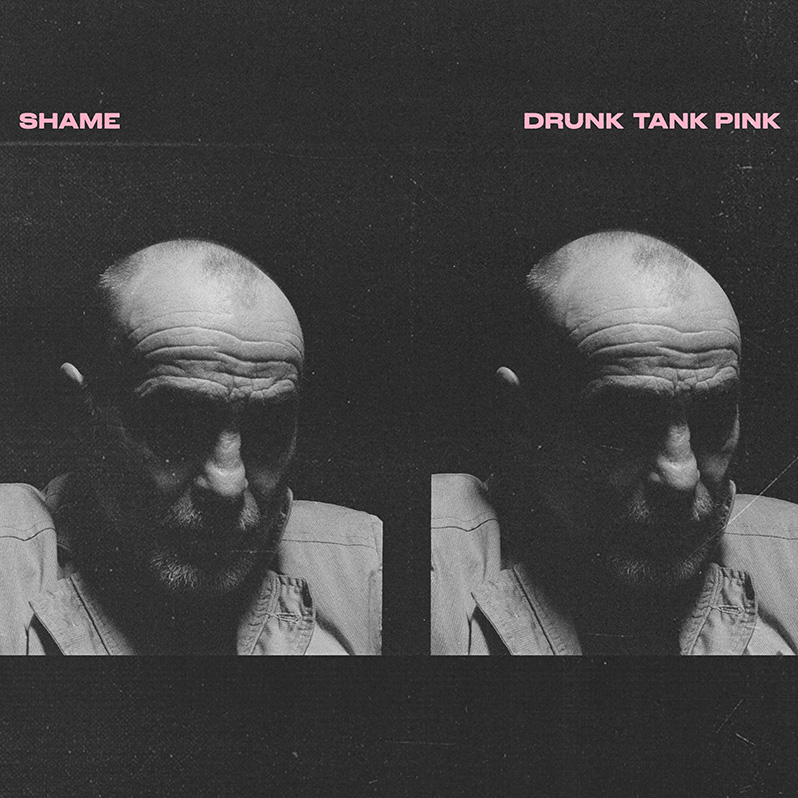 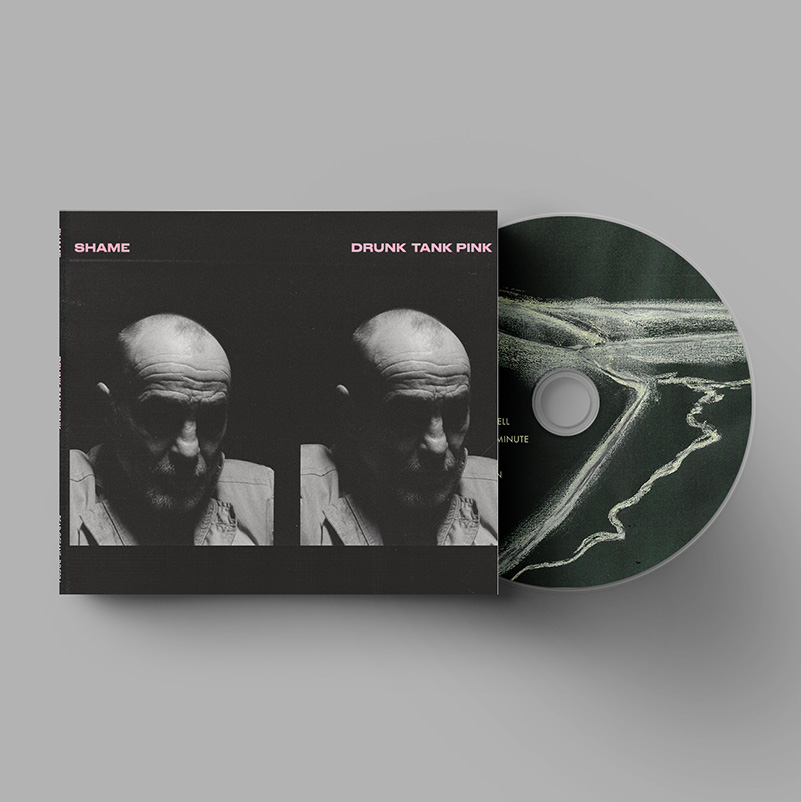 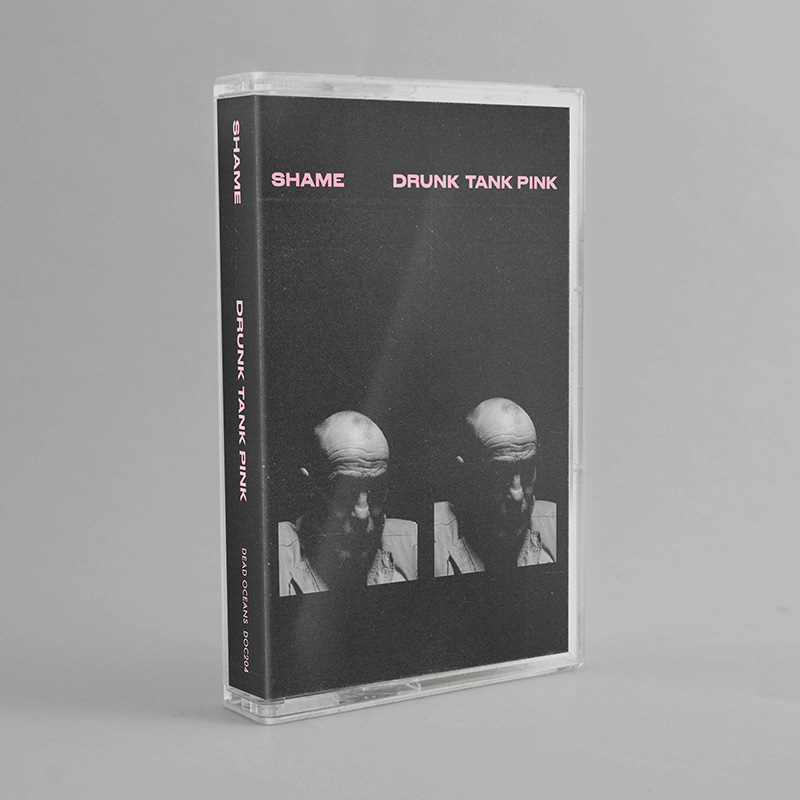 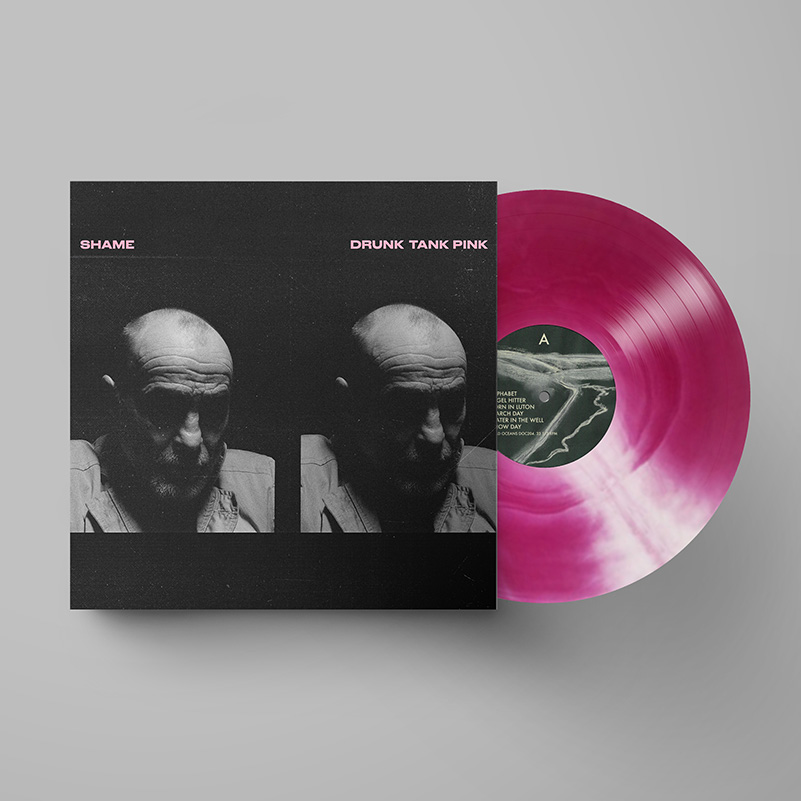 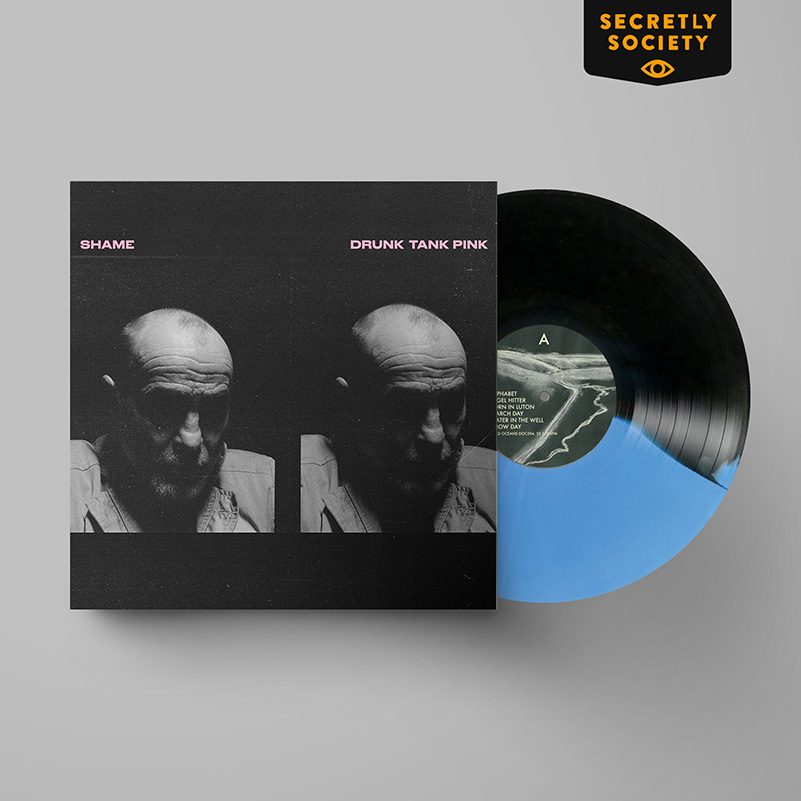 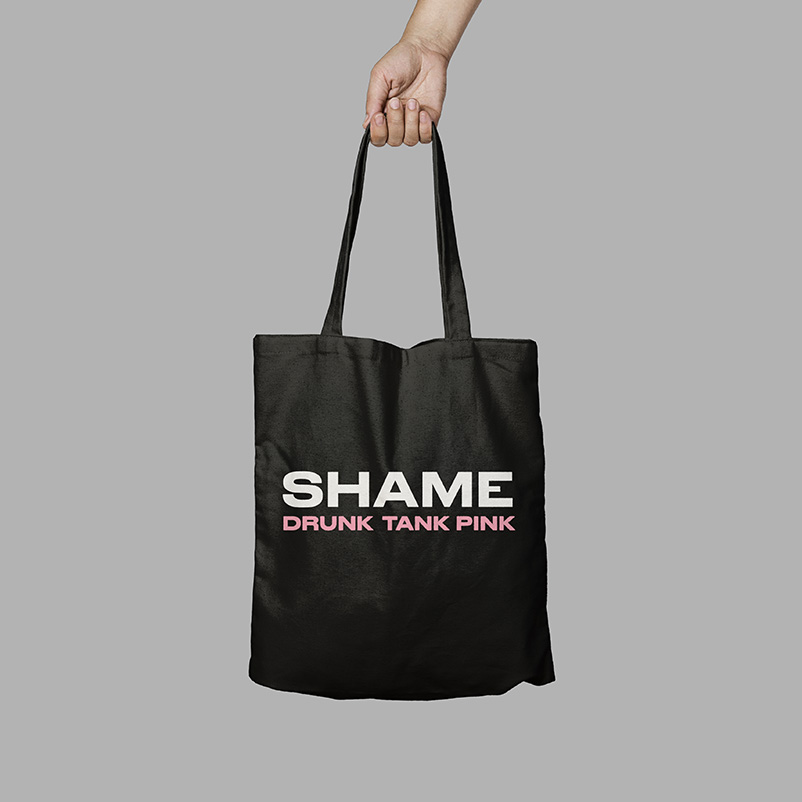 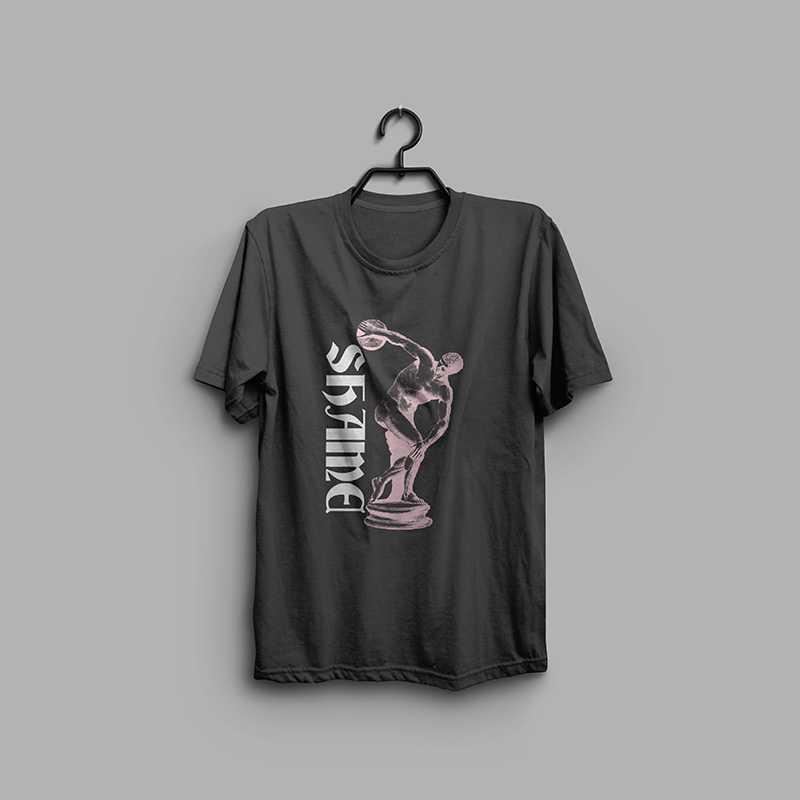 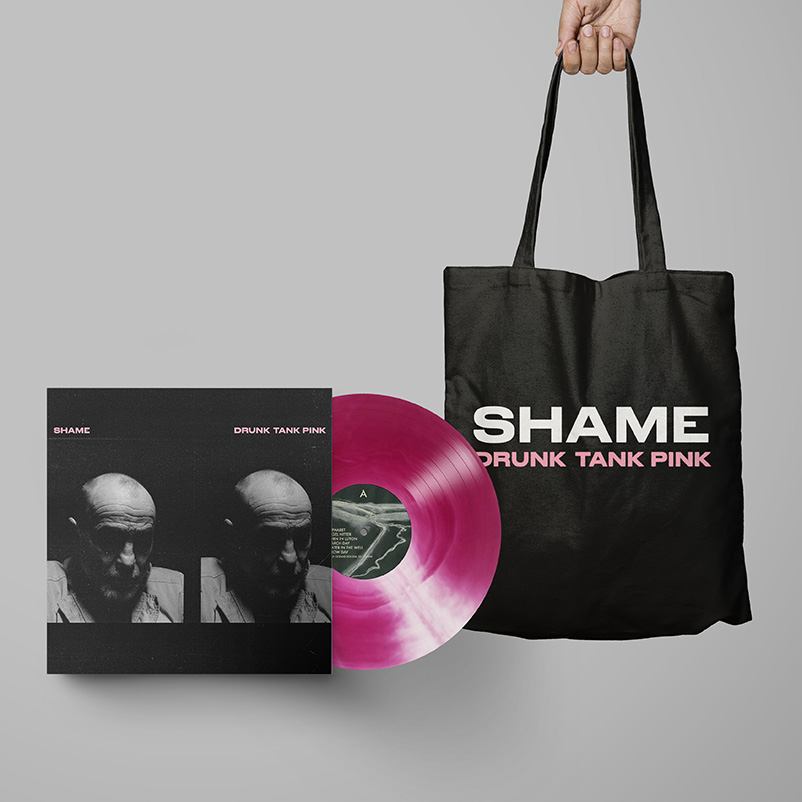 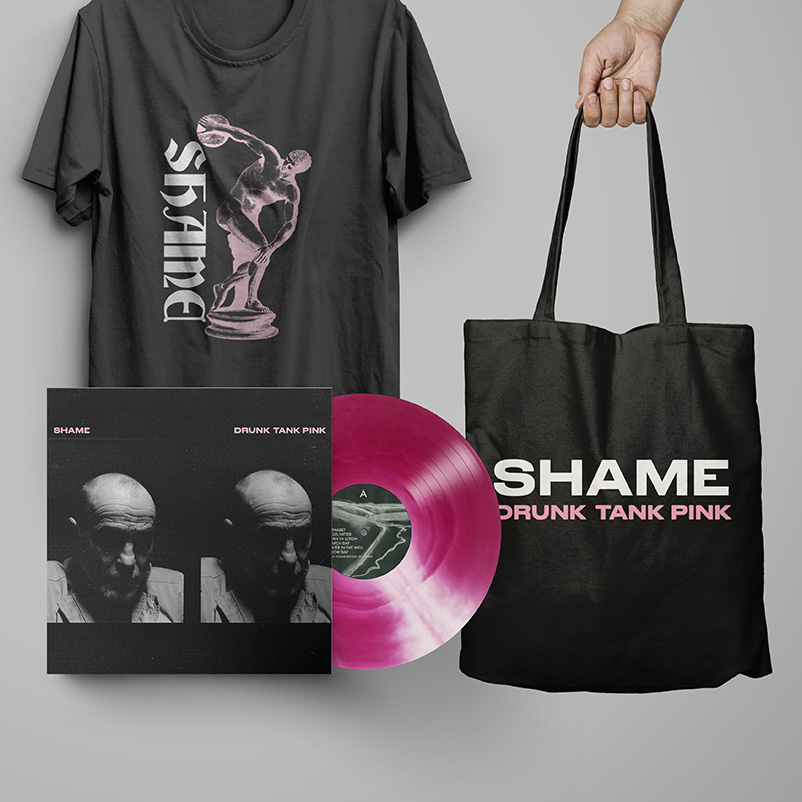 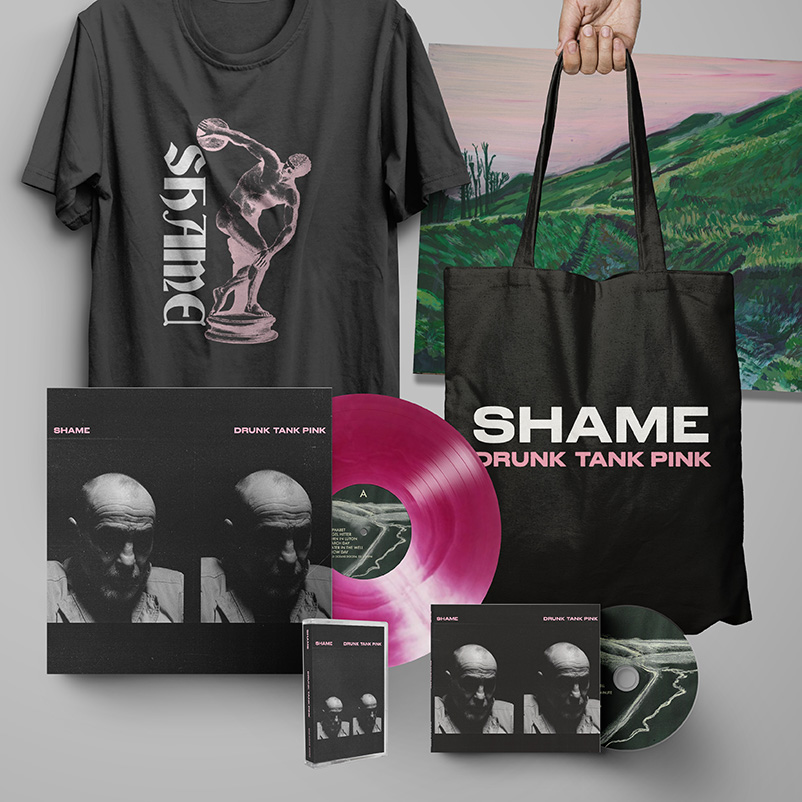 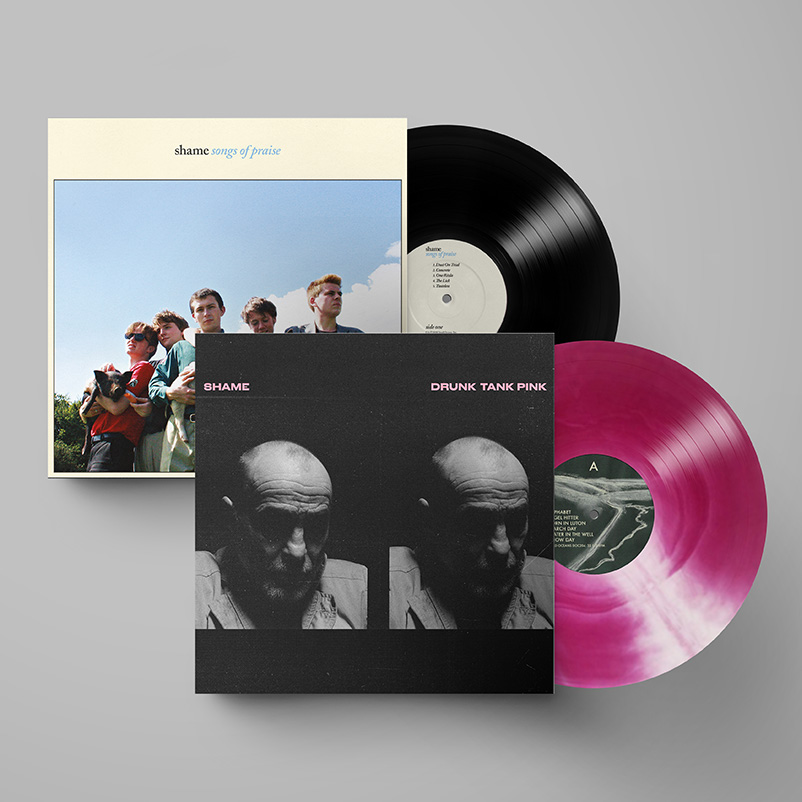 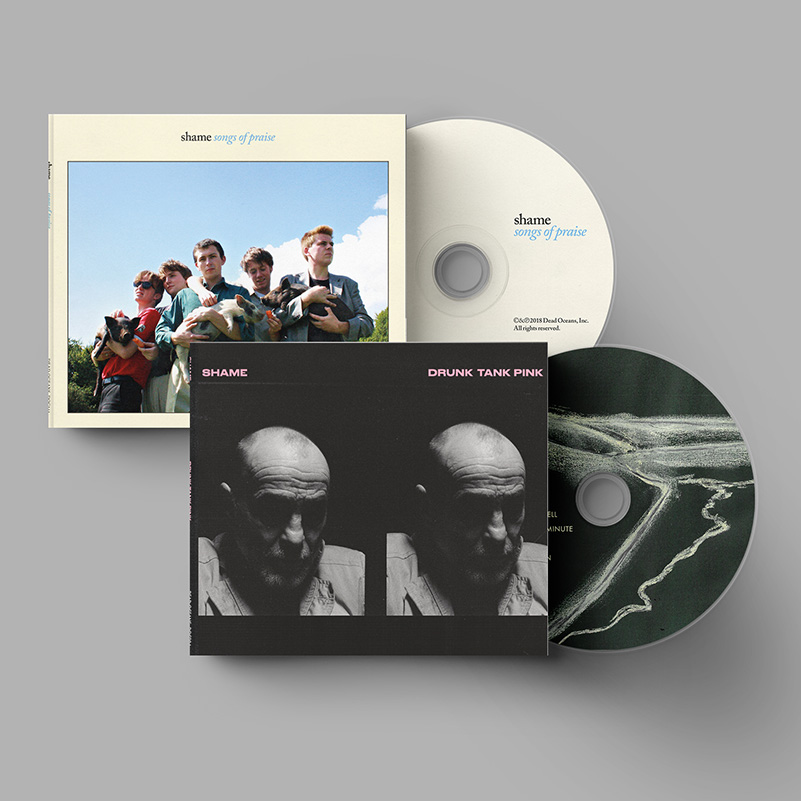 LP
(Half Black / Half Blue)
Join 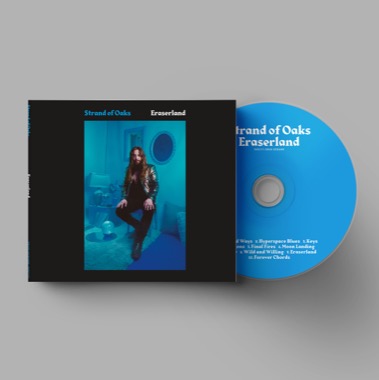 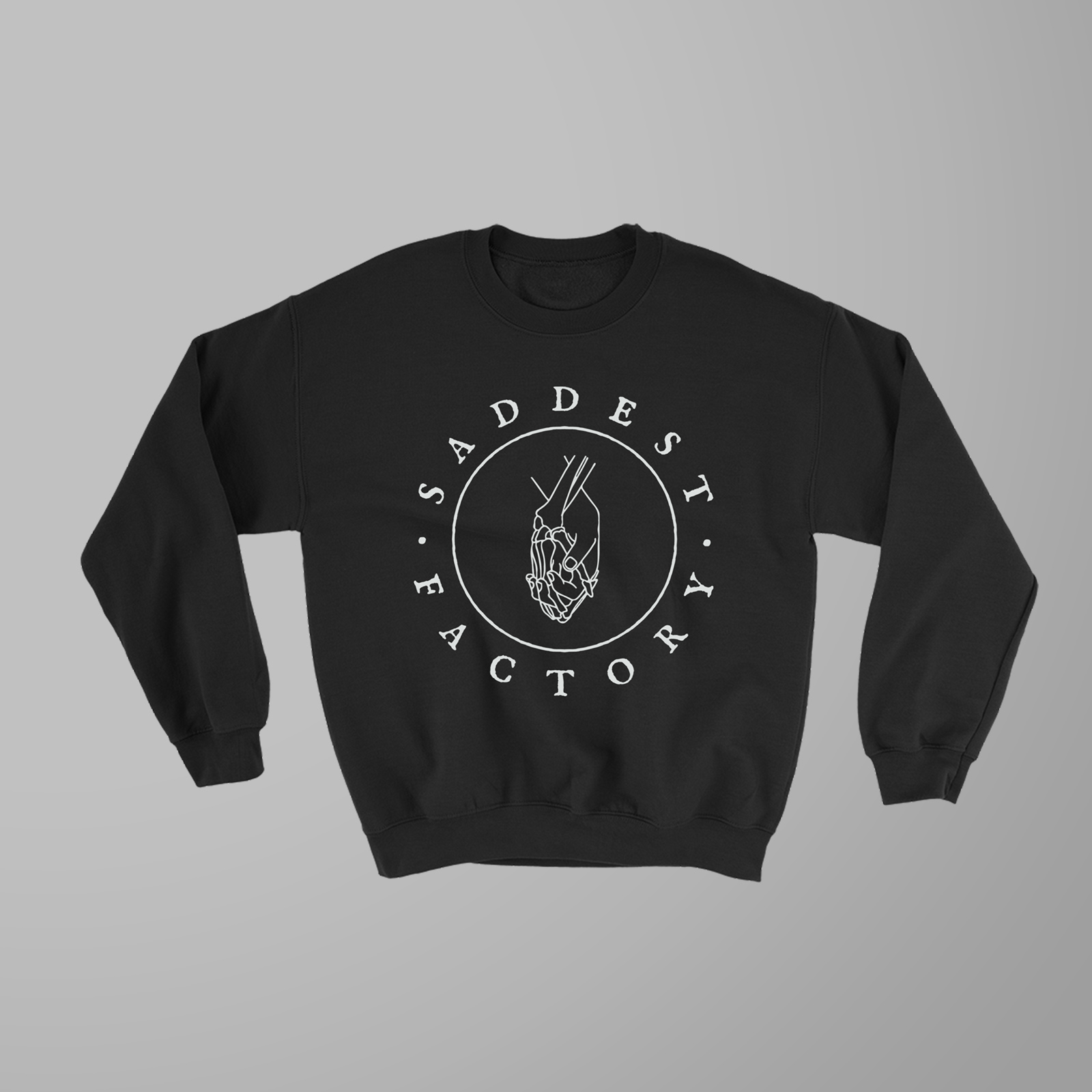 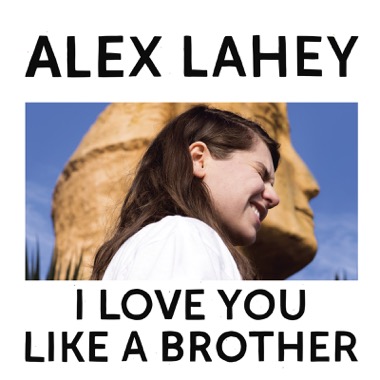 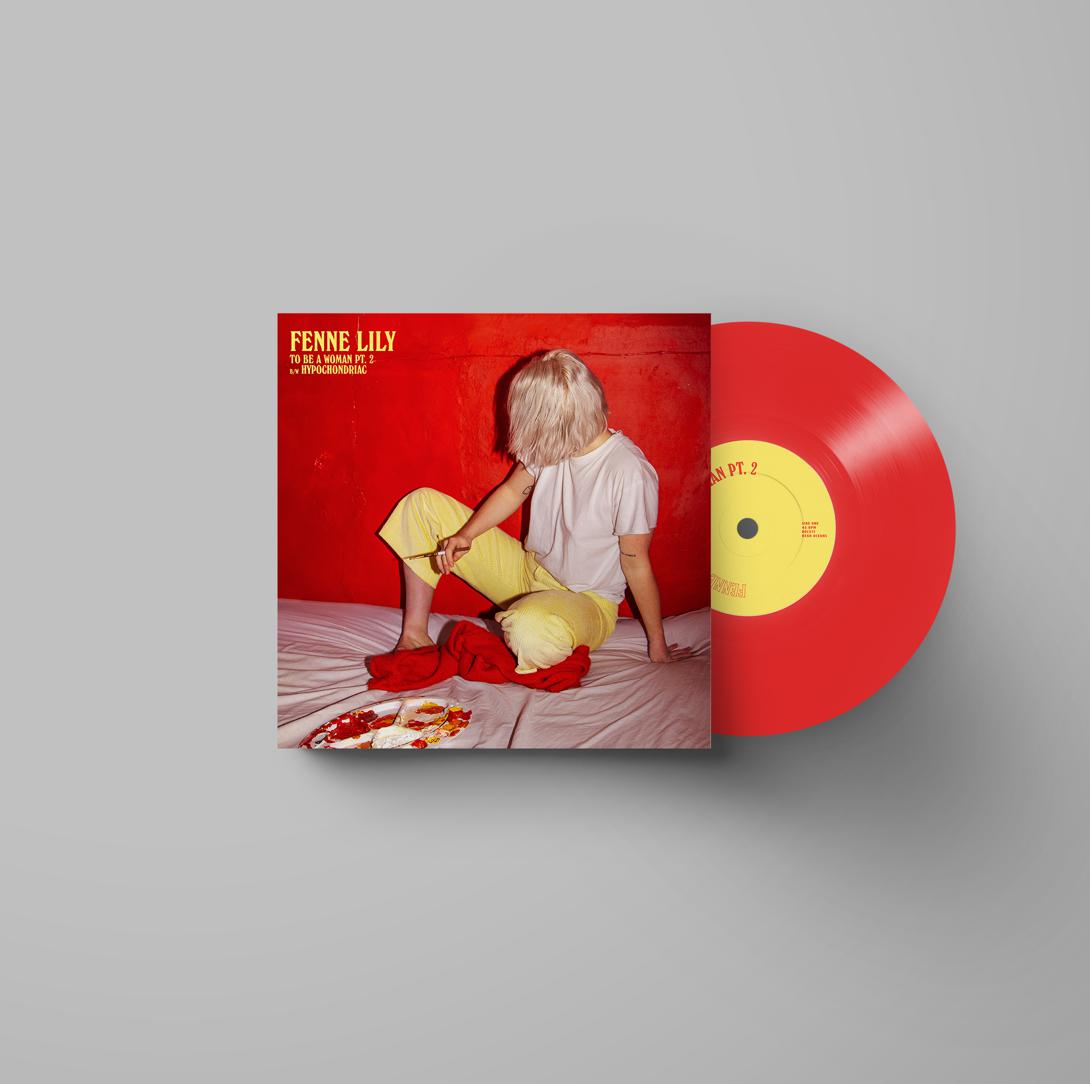