Catalog No: JAG100
Label: Jagjaguwar
No band has been so praised for such a wide range of music over the last ten years than Brooklyn's Oneida. Nobody has come close to matching their output of dazzlingly creative, uncategorizable music. Psychedelia, minimalism, maximalism, one-step, infinitewave, blah blah blah blahâ€¦it's all there, all the time; and Happy New Year, the band's ten billionth album, is Oneida's zenith. Simultaneously the most eclectic and most coherent album they have yet released, Happy New Year flows flawlessly from a traditional hymn of grim beauty ("Distress") through hypnotic rounds, thunderous kraut grooves, severe ballads, and other, indescribable music. Phil Manley of Trans Am and the Fucking Champs and experimental pianist Emily Manzo return for encores of their guest appearances on 2005's The Wedding; they are joined by Shahin Motia of Ex Models, Brad Truax of Home, and frequent Oneida collaborator Barry London.
read more 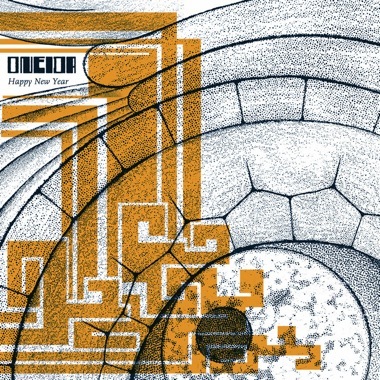