Catalog No: JAG210
Label: Jagjaguwar
The lyrical theme of Moonface's With Siinai: Heartbreaking Bravery, recorded with Helsinki prog kraut rock band Siinai, is heartbreak. According to Krug, it was not planned, but became obvious halfway through the writing process. Some recently battered, still mildly swollen heart snuck its way into the first lyrics written, so he went with it. He wrote songs based on his own experiences with heartache, stories told to him by friends, and drummed up scenarios of ill-fated love that were absolute fiction. Altogether, the inevitability of life's flawed and failed relationships, the shitty feelings we feel as a result, and the people we become (ugly, brave, violent, crawling like babies back toward the womb) while trying to deal with those feelings are the ideas explored in these songs. It is not a particularly original theme, but one Krug felt worth digging into, perhaps deeper than he ever has before.
read more 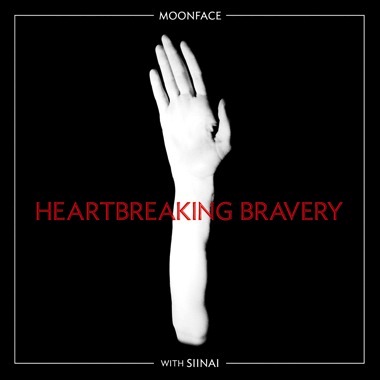