Catalog No: SC189
Label: Secretly Canadian
From 1979 into '83, the Indianapolis based ZBs were the finest hardcore blitz in the Midwest if not all the lower 48 states. Proof is Vicious Circle and the two decades since of copyists, bootleggers, practitioners and reunion concert pogoers. Though before and after that LP's 1982 release they recorded the Livin' in the 80's 7", songs for three comps and released the post-mortem History Of... cassette revealing their transformation into a toured band warming to the metaphysical and their demise while still waving torches of rock 'n' roll panache. When the Ramones lost it, the Zero Boys found it; Adding a slam brigade fist to the Blitzkrieg Beat. The Zero Boys managed to come with one of the best early 80's punk records, or one of the best records ever, period. Between Vicious Circle and History Of, the entire recorded output of this legendary Midwest punk band's original line up is, finally, collected. -Culminated from liner notes written by Jack Rabid and Eric Weddle
read more 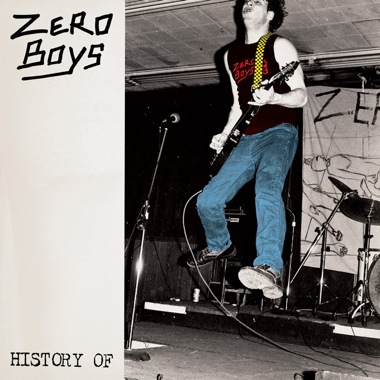