Catalog No: GI-365
Label: Ghostly International
It’s been four years since Sweatbox Dynasty, the fourth solo LP from Pennsylvanian experimentalist TOBACCO. In that time, Tom Fec’s project has toured with Nine Inch Nails, provided the theme song to HBO series Silicon Valley, and teamed with Aesop Rock for a collaborative album as Malibu Ken. He now returns to Ghostly International for a characteristically sludged-out 7” release, sounding the alarm for new TOBACCO material in 2020.

"I did Hungry Eyes because I just love it. It's a perfect song. I play it straightforward and stay mindful not to disrespect the original."

The B-side, "Can’t Count On Her," doubles down on the damaged, cassette-to-sampler style of the Sweatbox Dynasty sessions — “I guess like the last breath of what I was doing,” says Fec. "Getting it out of the system."
read more 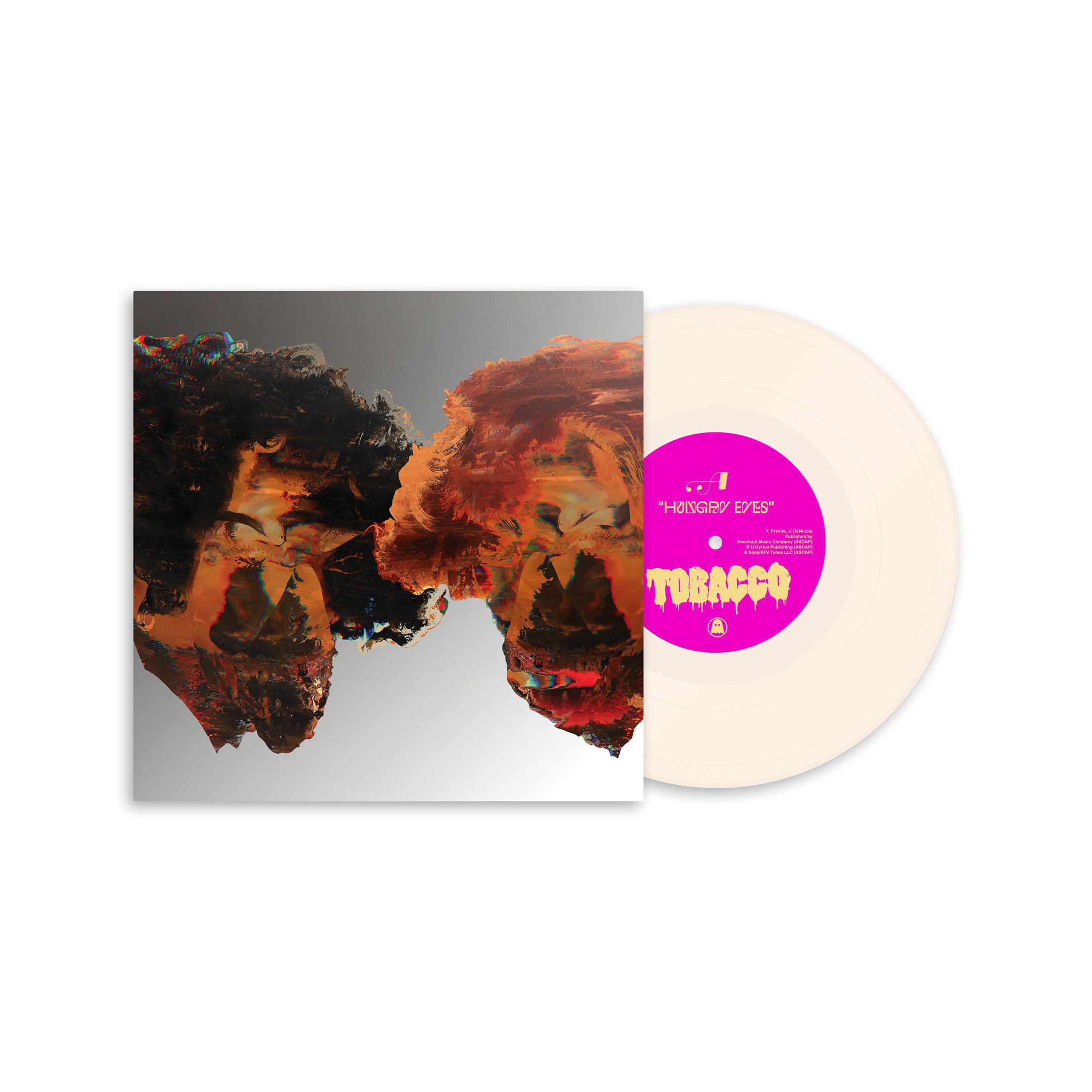