Catalog No: RAD001
For the last decade, Tim Heidecker (along with his comedy partner Eric Wareheim) has proven to be one of our cult-comedy greats with his Adult Swim series "Tim & Eric's Awesome Show, Great Job!" and "Tim & Eric's Bedtime Stories." He's starred in indie films and played sold out stand-up sets around the world. But who is Tim Heidecker? Is he a real man with all the regular feels? Well, yes, of course he is. He resides on a hill in Glendale, CA, up to his armpits in diapers, bills, his mortgage, in the workaday life of a writer. It's this pedestrian side of his life from which Heidecker pulls the fodder for the aptly titled In Glendale, his first earnest collection of songwriting under his full name. In Glendale shows Heidecker shifting deftly from the mundane to the idiosyncratic; from the sentimental to the caustic; from the earnest to the humorous. His knack for crafting catchy tunes amid curious subject matter pops up in spades across In Glendale. "Ghost In My Bed" is a lovely little number about cutting off someone's head, sticking it in a plastic bag and burying it beneath the Hollywood sign. After an album's worth of songs about Hollywood murder fantasies, diaper changes and even a cameo from director David Gordon Green, you're left desperately trying to wipe the smile off your face.
read more 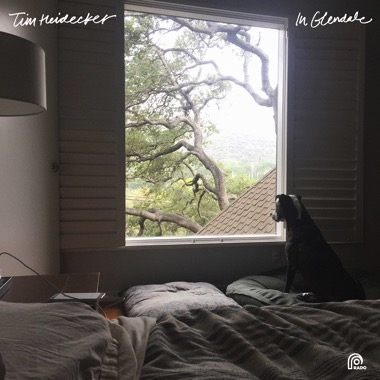