Catalog No: DOC085
Label: Dead Oceans
Night Beds, the musical project of 26-year-old Colorado Springs native Winston Yellen, received much acclaim for his 2013 debut album, Country Sleep, scoring plaudits for its tortured take on alt country and Yellen's soaring vocals. But after finishing that album and before Country Sleep was even released, Yellen began experimenting with the kind of melancholic, neon-tinged R&B that makes up the mesmerising Ivywild. The thread that weaves through all of Yellen's music and holds it together is his unmistakable voice - plaintive, yearning, soulful, heartbreaking. Whether it's ascending over the luscious epic-electronics of "Tide Teeth" or aching alone on Country Sleep's opener "Faithful Heights", Yellen's voice has a unique beauty matched by few of his contemporaries. The second Night Beds album draws on Yellen's original love of Bill Evans through to J Dilla and is made up of what Yellen calls "sad sex jams" and was inspired by a long-term love and a break-up which looms large throughout the albums veiled lyrics. Its genesis can be found in the stoned night in Nashville when Yellen first heard Yeezus. Lying on the floor, Yellen blared the album at top volume. Ivywild is a truly collaborative effort with a makeshift team of 25 musicians, notably Abe, Yellen's younger brother and closest friend - his credit on the album comes above Winston's own, so much value does he place upon the work Abe put in. Additional vocals come from Heather Hibbard, a singer from Maine who features on over half of the 16 track album, and was contacted by the gregarious Yellen through YouTube, after he found a video of her covering one of his songs. She came out to the studio the very next day. Finessing the poignant assortment of songs was a sometimes painful task, but dedicated to the core. "I felt at some points we were losing our minds," he says. Initial versions of "Me Liquor and God" band "On High:" were 17 and 33 minutes respectively while "Finished" took four months to record. His editing process though was simple: "If it makes you cry, keep it in." Field recordings also flood the record, offering it a deep textural grain. "It is a luxury record, but it has a worn shirt feel," explains Yellen. "It's lived in. It's like a quilt - but it took forever, cutting up all the vocals and letting it breathe."
read more 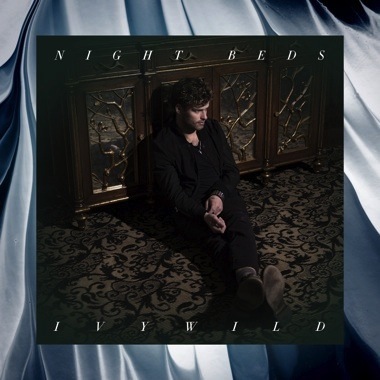