Catalog No: SAD004
Label: Saddest Factory Records ™
All orders will come with a limited exclusive smashed penny while supplies last.

“A big part of the project and why I did it,” says Sloppy Jane’s Haley Dahl of her Saddest Factory Records debut Madison, “was because it felt similar to being a little kid and buying an outfit that was too big that I'd have to grow into. I really valued from the start that making Madison gave me someone I had to become.” The record, which Dahl first conceived of back in late 2017, is a grand gesture, a statement about big love, and about growing into yourself in the process.

I met Dahl, who is now based in Los Angeles, for the first time in 2019 while working on a profile of her for Vogue Magazine. We went to a Ukranian diner, Odessa, which is in the East Village. She ordered oatmeal and I ordered a plate of fried pierogies. As we ate, Dahl shared that she was planning on going to West Virginia to record an album in the cave. The cave, she told me, came to her in the midst of a heartbreak so intense it completely gut renovated her life and her art. It took a year and a half to look for the right cave. Dahl and her co-producers, Al Nardo, Mika Lungulov-Klotz (visuals), and Jack Wetmore, went on multiple trips across the country. They lived in a freezing van, and would spend their days learning the ins and outs of playing and recording in them. They ended up in West Virginia, at a place called Lost World Caverns.

Dahl and her 21 bandmates recorded all of Madison there from 3pm to 8:30 am each day over the course of two weeks (they also made four music videos on location during this time). To access the space, they’d enter through the back of a gift shop, down a long tunnel where they’d walk down 200 feet of stairs to reach the entrance. Dahl and her bandmates did this steep walk with a piano. The ceiling of Lost World Caverns is massively high and is a perfect dome. The inside was also 98 percent humidity, leading to both stellar sound and also problems with tuning and gear. Engineer Ryan Howe sat in his parents' Subaru above the cave with his mixing board and computer, and threaded cables down 90 feet through a hole in the ground to the ceiling of the cave. It’s the first time someone has ever recorded an entire album in a cave, and the results are pretty sonically stunning. That alone is a marvelous thing. Madison is an astounding, glorious record of melodrama of the highest order.

It’s been a long time in the making for Dahl, who has been performing as Sloppy Jane since she was a teenager. In those days, Sloppy Jane was a three-piece punk band. Its earliest members were Phoebe Bridgers on bass, Sarah Cath on guitar, and Imogen Teasley-Vlautin on drums. Now the band has over a dozen members, and has transformed into a chamber pop project. Dahl also learned so much as a musician: on Madison, she learned how to write for chamber instruments and taught herself the piano. The record is difficult to categorize. It’s David Bowie but also when the song “Crying” by Roy Orbison plays at the end of Harmony Korine’s Gummo. It’s My Chemical Romance meets Sgt. Pepper. Courtney Love and Queen. The record is a huge, flowery, velvety thing full of toy horses and stalagmites. It follows one major throughline: a grand gesture so large that it moves the whole Earth.

Madison is a record with an audience for one. Each song is an attempt at a perfect goodbye to someone. It is also a record that examines fantasy relationships. “It’s like when you have something that lives mostly in your head: you can’t break up with someone that you don’t even speak to who you don’t have a relationship with. It’s this world that starts to live and fester in your head,” says Dahl of the record’s conceptual underpinnings. The last line on the huge ballad “Party Anthem,” is “It never happened/It never ends.” On “Lullaby Formica,” and “Jesus and Your Living Room floor,” horses evoke both childhood and also the early stages of love. “The Constable,” is the record’s biggest, and also longest song. There are horns, layers of vocal harmonies, and percussion that grows larger and more cavernous with the cave as a backdrop. At the end, there’s snippets of people counting down to the new year, a sound that Dahl got by having people repeat phrase particles over and over as they slowly walked out of the cave. That’s one of the most lovely things about Madison: the cave is an instrument. It is completely and totally integral to the record’s architecture.

The cave represents the concept of forever for Dahl. She tells me that caves take millions of years to grow, and they grow in total darkness. She shares that stalactites and stalagmites form at a rate of 120 years per cubic centimeter; if you touch them with your hands they stop growing completely. Love, in Dahl eyes, is similar. Immortal but not invincible. It is something that you nurture, something that grows slow. The atmosphere on Madison is that of slowness and stillness. It paints love as a complicated and fraught IV drip. Madison is a record about doing things the hard way. It doesn’t put a bow on anything. It doesn’t take the easy way out. It’s something Dahl had to grow into, to become. 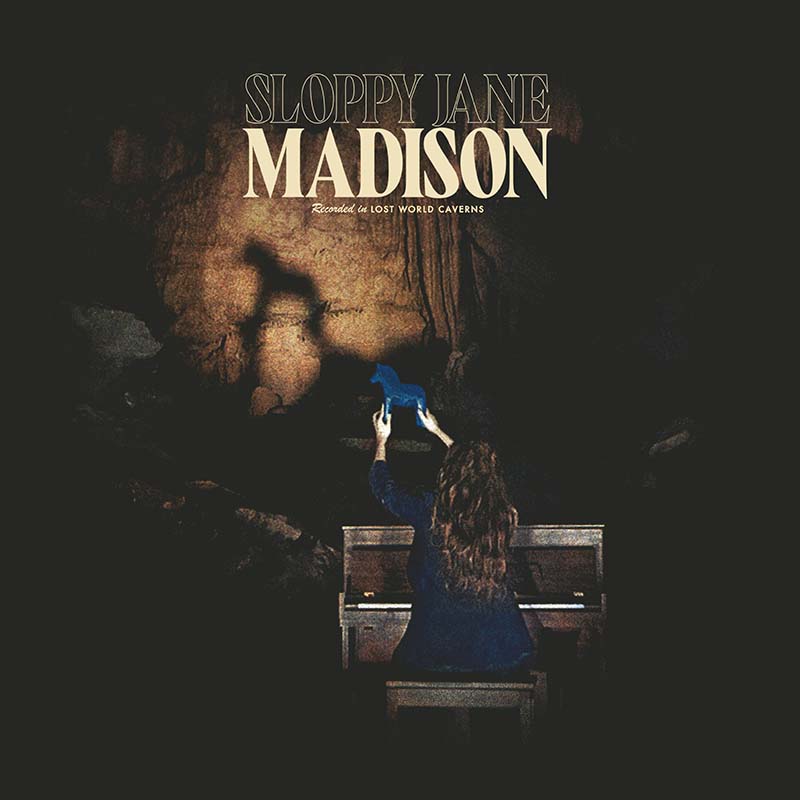 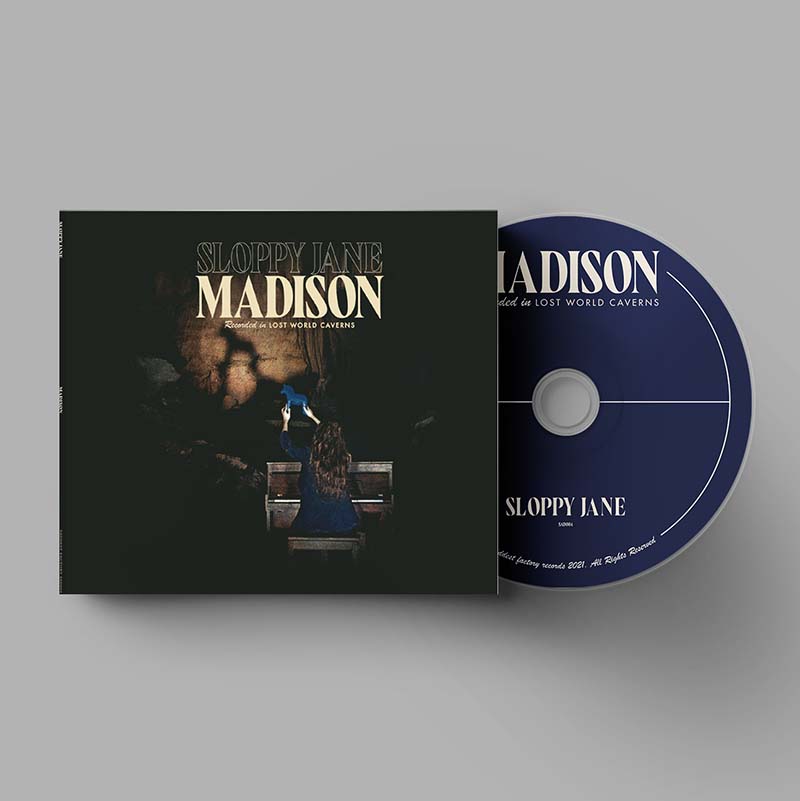 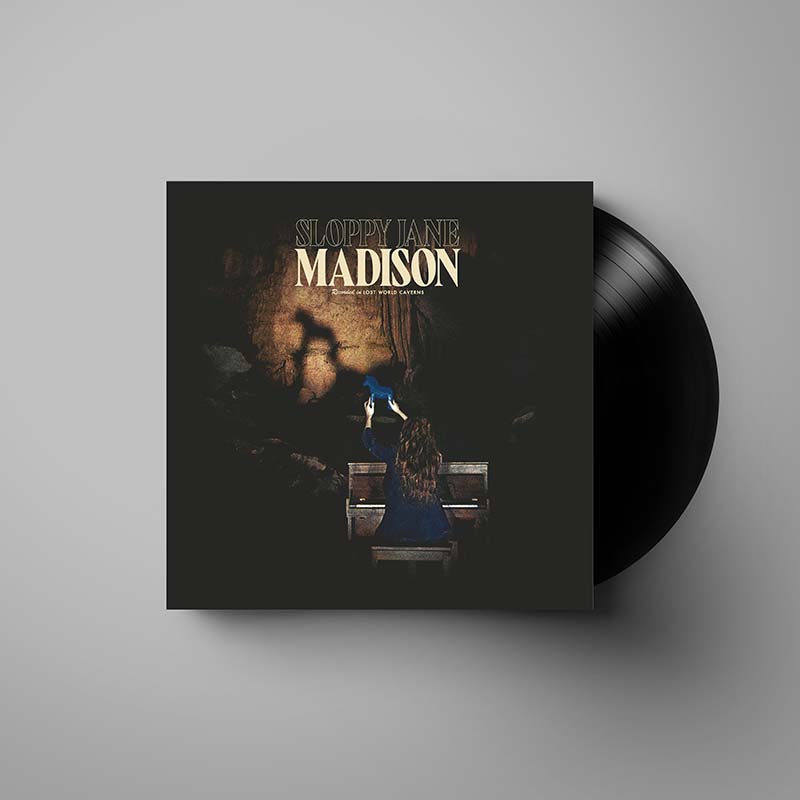 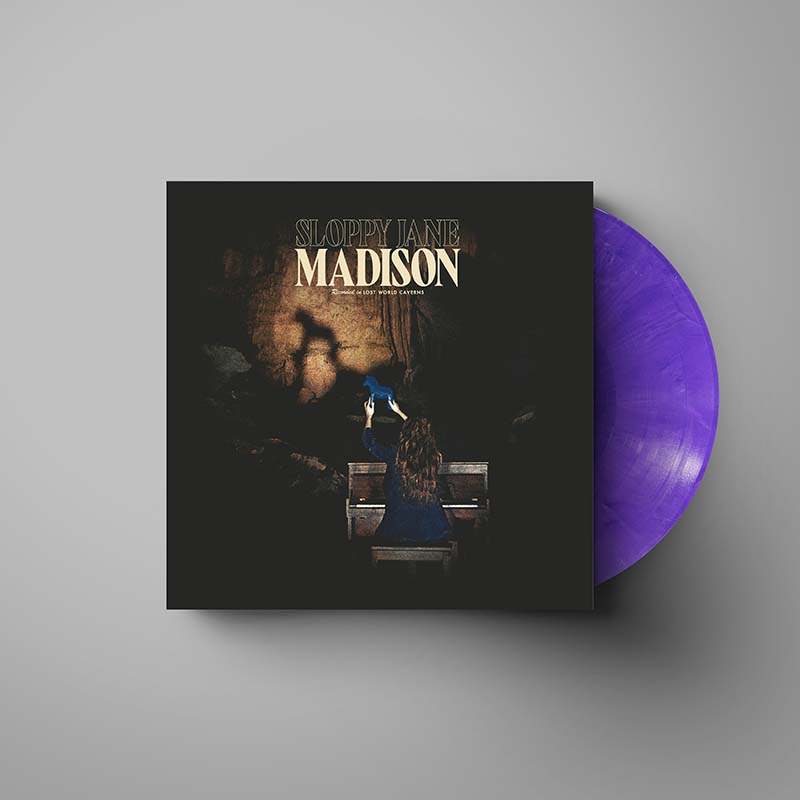 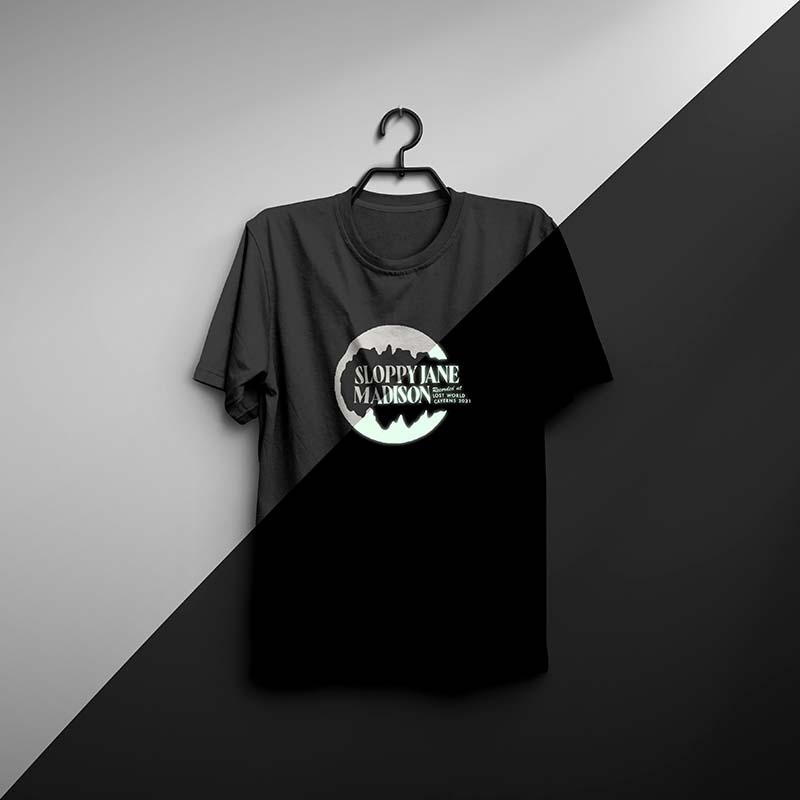 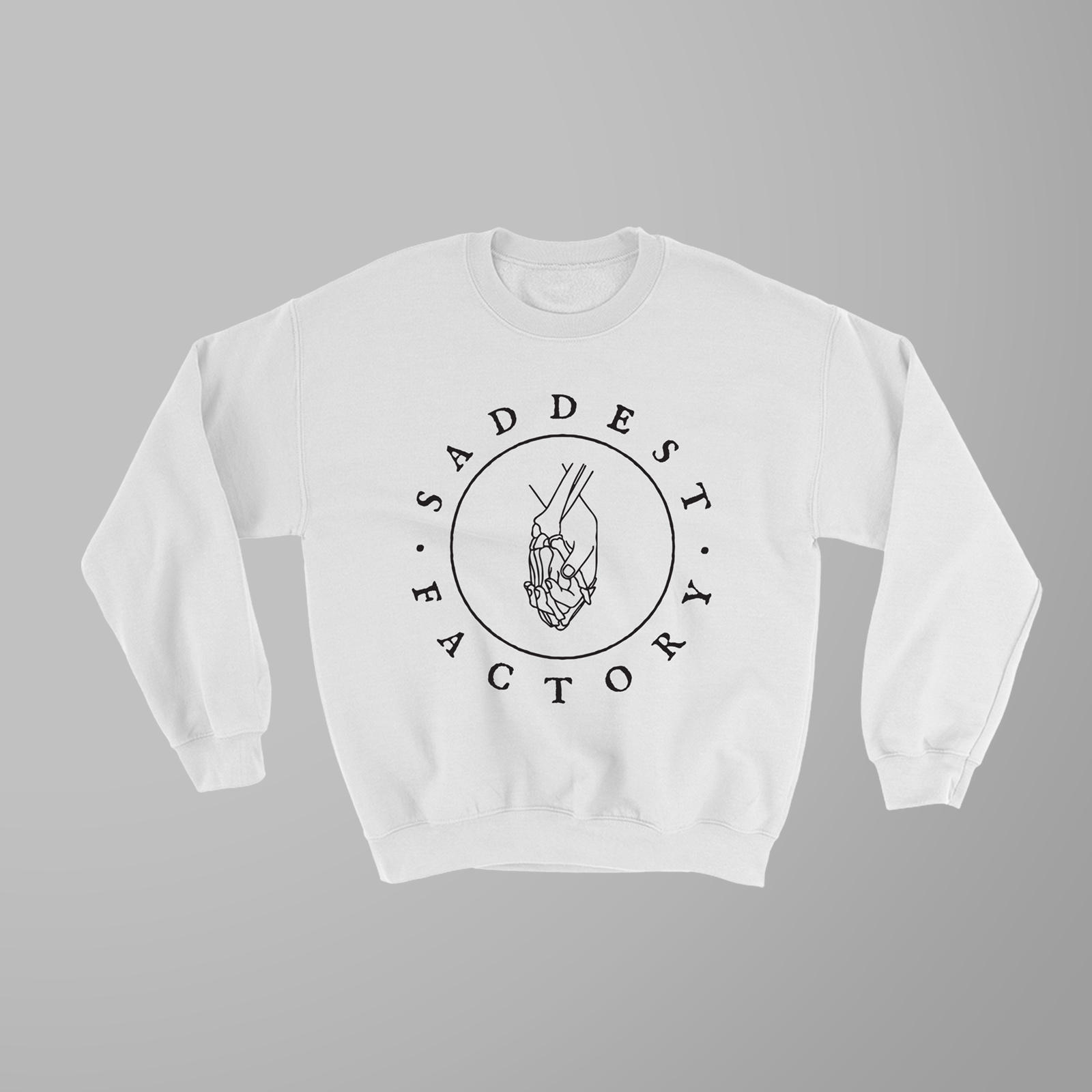 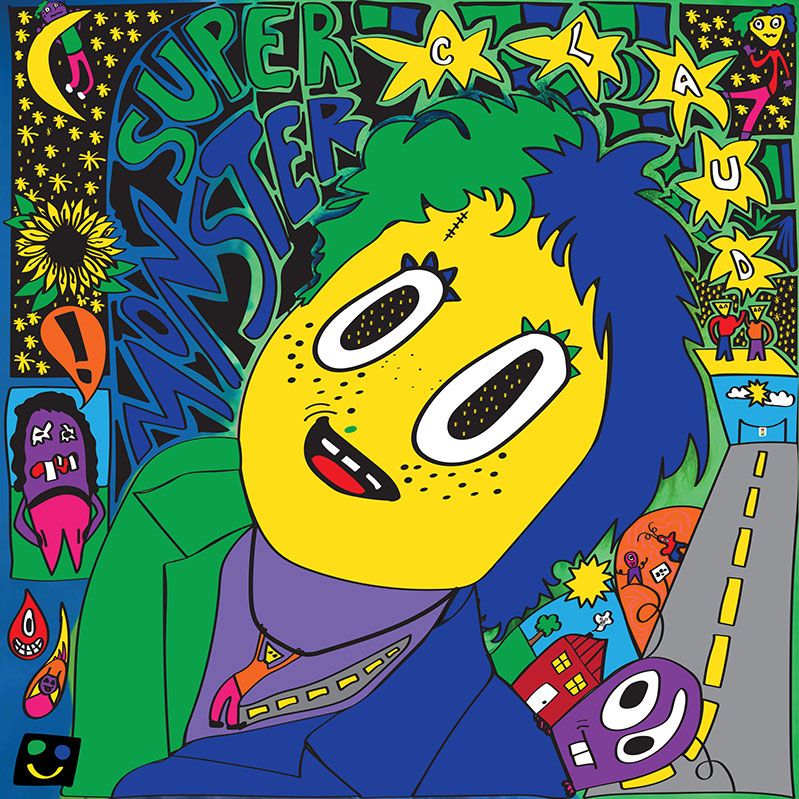