Catalog No: SC166
Label: Secretly Canadian
David Vandervelde's debut full-length The Moonstation House Band (released on January 23, 2007) has been praised by critics, hailed as a stunning debut and a "glamorous, ambitious studio work" (CMJ). Mojo rejoiced in "the arrival of an eccentric talent whose head is firmly inclined toward the past" while NME claimed his work recalls "the best of T. Rex, ELO or early Bee Gees." Now, only six months after introducing David Vandervelde to the world with his debut 45 "Jacket", Secretly Canadian is presenting the album's lead-off track "Nothin' No" as the second single from The Moonstation House Band. A paean to young lust and getting high, "Nothin' No" is a modern rock classic that recalls the spirit of glam rock's most earnest & timeless teen anthems. Written & recorded almost three years ago when Vandervelde was 19 years old, it was put to tape in just one night at Jay Bennett's Pieholden Studio in Chicago. Vandervelde played all the instruments in an inspired frenzy that belied his age, displaying the maturity and swagger of a man much longer in the tooth. Also included on this extended CD single are an alternate version of "Feet of a Liar" (recorded for Vandervelde's Daytrotter session at the end of 2006), a visceral new song called "Cute Pretender" and a beautiful Jimmy Page-esque instrumental called "Dancing Sea Gulls Instrumental".
read more 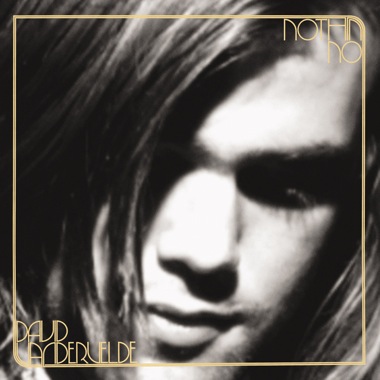