Catalog No: SC280
Label: Secretly Canadian
Permanent Signal: a condition in which a POTS [plain old telephone service] line is off-hook without connection for an extended period of time.* It's a term that Mauro Remiddi kept coming back to when reflecting on much of the time between last year's release of Strange Weekend, the multi-instrumentalist's debut full-length as Porcelain Raft, and this, its proper follow-up. "In a way, growing up in Italy, then living for 12 years in London, and now two-and-a-half years in New York, made me realize that I have some dear friends that I rarely see," explains Mauro. "I was touring almost non-stop for eight months and I started having these imaginary conversations in my head with people I wanted to communicate with, but for one reason or another it couldn't happen. So this idea of the album title comes with there being a signal that says the line is off." Mauro began working on Permanent Signal two months after returning from tour, a period of readjustment in which he was beginning to enjoy normal everyday comforts such as frequenting his favorite coffee spot in his Brooklyn neighborhood and connecting with friends again, even as the thoughts of those unrealized conversations during his recent travels were still very fresh in his mind. Inspired by this surreal moment of transition, where the reality of finally being home was still overshadowed by lingering feelings of detachment, he sold almost all of the instruments that he used for Strange Weekend in order to "start with a new color pallet." It's immediately apparent in Permanent Signal's opener, "Think of the Ocean," where the dense basement-recorded haze of his last full-length has been traded for a spacious melancholy, as cello, piano and drums gently spiral atop a faint pulsing tone that mirrors the album's title. And while layers of synths and electronics still play a role, the new record is far more organic than Porcelain Raft's previous album and EPs, an intentional move according to Mauro; "I wanted to record in the studio just to capture the guitars and drums properly, and to have some real input from musicians I respected and loved to hang with." Enlisting some support from YUCK's Jonny Rogoff on drums, Antlers bassist Darby Cicci (who also contributed double vocals and trumpet, and engineered the sessions in Antlers' Brooklyn studio), and cellist Gaspar Claus (frequent collaborator with Sufjan Stevens and the National's Bryce Dessner), Porcelain Raft's once gauzy pop has now turned as vivid as a waking dream. During "Minor Pleasure," Mauro finds catharsis when conceding in his otherworldly tenor that "there's nothing hidden in what we see, sometimes you just have to let it end," amidst the processed drone of an organ and a piano that taps into the gospel-dosed psychedelia of Spiritualized, while the radiant lull of "Night Birds" reaches cosmic bliss, as crystalline guitars and synthesizers echo the song's poignant sense of nostalgia. Elsewhere, tracks like the aforementioned "Think of the Ocean," "Cluster" and the haunting, Lennon-esque "I Lost Connection" deal directly with lives either on hold or in transition -- all universal themes of the human condition which allow the listener to fill in their own personal experiences with a permanent signal. *"Permanent Signal." Wikipedia: The Free Encyclopedia Wikimeida Foundation, Inc. 24 December 2012. Web
read more 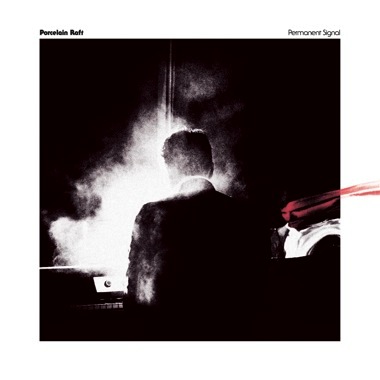