Catalog No: JAG148
Label: Jagjaguwar
As the second single from The Stand Ins, "Pop Lie" takes the meta-referential mission of Okkervil River to a new distinctly pop level. Stephen Deusner had the following to say about it for Pitchfork: "[Okkervil frontman Will] Sheff wants to look beyond common pop song notions to discover something truer and more essential, no matter how disillusioning it may be, which is the central, enthralling contradiction for Okkervil River: Even as they ruthlessly deconstruct pop music, they make great pop music. The darker Sheff gets, the more honest he sounds and the more absorbing the song. By that equation, the stand-out on The Stand Ins is "Pop Lie", an exquisitely bleak dismantling of singer-songwriter pretensions." There are two additional tracks on the single, on which Sheff plays the role of a whole band: vocals, guitars, bass, and drums. There's an orphaned song from The Stage Names / The Stand Ins sessions called "Millionaire" which displays the storyteller in Will rising to the surface in a soaring acoustic piano-laden shuffle. Also included is an alternate slowed-down, fuzzed-up version of "Pop Lie".
read more 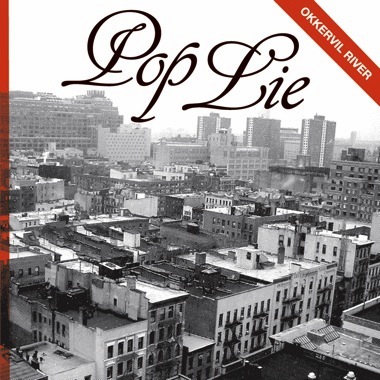