Waterslide, Diving Board, Ladder To The Sky

Catalog No: SC450
Label: Secretly Canadian
Porridge Radio are one of the most vital new voices in alternative music, having gone from being darlings of the DIY underground to one of the UK’s most thrilling bands in the space of less than a year. Their barbed wit, lacerating intensity and potent blend of art-rock, indie-pop and post-punk sounds like little else around, and led their 2020 album Every Bad to make the nominees list for the coveted Mercury Music Prize.

For frontperson Dana Margolin, drummer Sam Yardley, keyboardist Georgie Stott and bassist Maddie Ryall – who met in the seaside town of Brighton and formed Porridge Radio in 2014 – global recognition has been a long time coming, after years of self-releasing and music booking their own tours. In those eight years, Dana has gained a reputation as one of the most magnetic band leaders around with an ability to “devastate you with an emotional hurricane, then blindside you with a moment of bittersweet humour” (NME).

But if Every Bad established Dana’s lemon-sharp, heart-on-sleeve honesty, Porridge Radio’s third album takes that to anthemic new heights. Waterslide, Diving Board, Ladder To The Sky is the sound of someone in their late twenties facing down the disappointment of love, and life, and figuring out how to exist in the world, without claiming any answers. It’s also catchy as hell.

The title – which was partly inspired by a collage by the British surrealist Eileen Agar – speaks to the “joy, fear and endlessness” of the past few years. Dana’s songwriting and delivery is more confident, with the emotional incisiveness of artists like Mitski, Sharon Van Etten and Big Thief. Though it’s softer and more playful in places than Every Bad’s blowtorch ferocity, there are moments of powerful catharsis, ones that occur when you allow the full intensity of an experience to take hold.

In places, that no-holds-barred rawness is on a par with bands like Deftones (their panoramic metal is a key touchstone of Waterslide, Diving Board, Ladder To The Sky) or American emo, elevated by Yardley’s ambitious instrumentals. “I kept saying that I wanted everything to be 'stadium-epic' - like Coldplay,” says Dana.

With Waterslide, Diving Board, Ladder To The Sky, Porridge Radio have distilled their myriad influences down like they’re flipping through their own singular dial: dreamy yet intense, gentle but razor-edged, widescreen and yet totally intimate. People tell Dana that Every Bad got them through their cancer diagnosis, their break-up, their isolated lockdown. But with their new album, the band are taking a step up and spring-boarding into a bright, exciting unknown.
read more 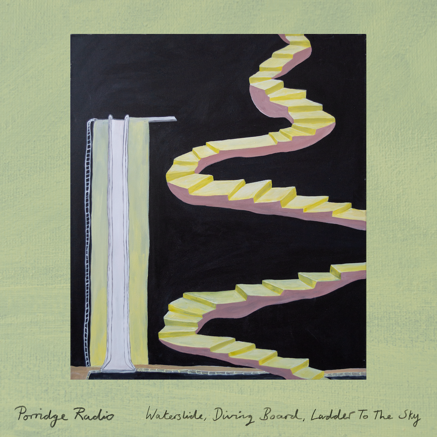 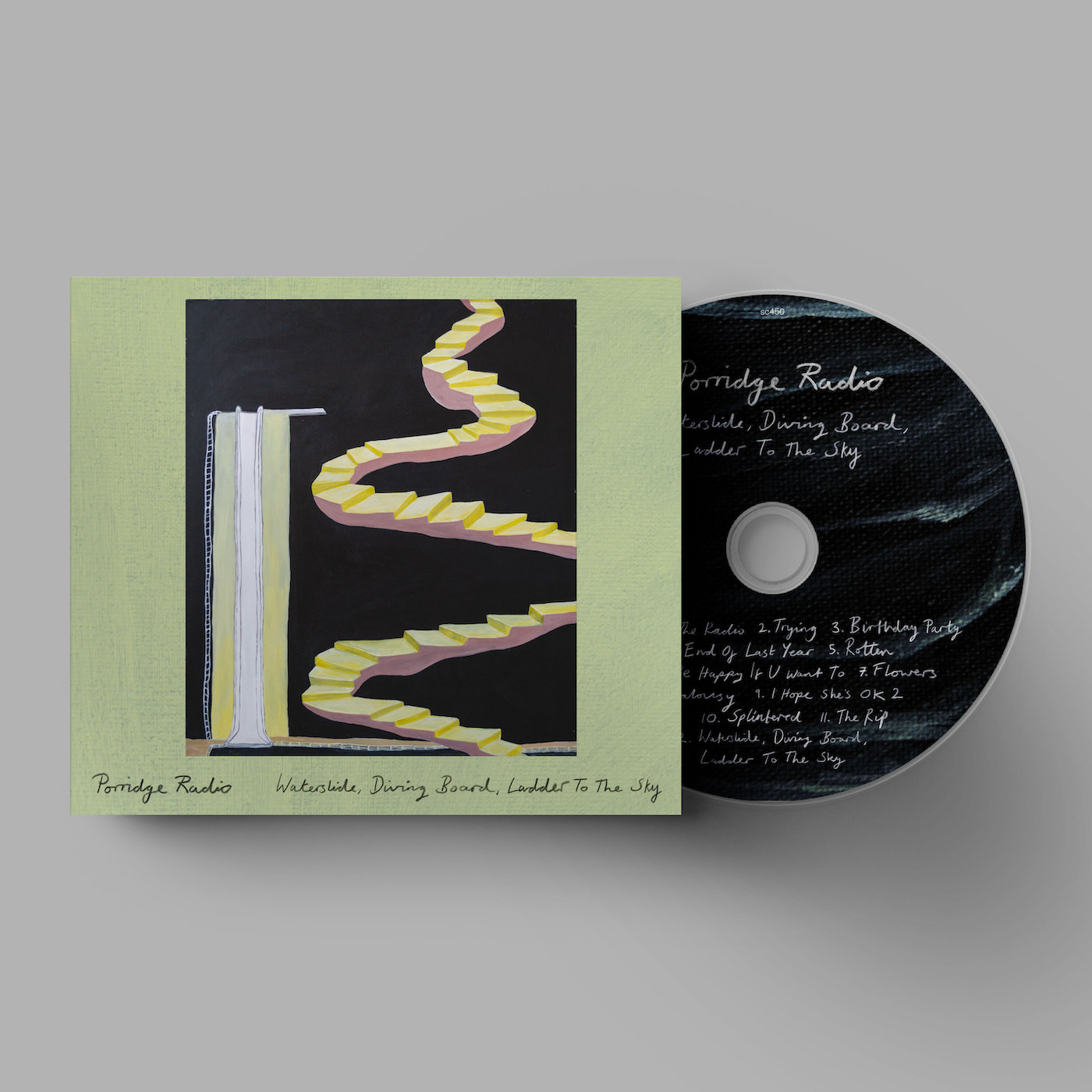 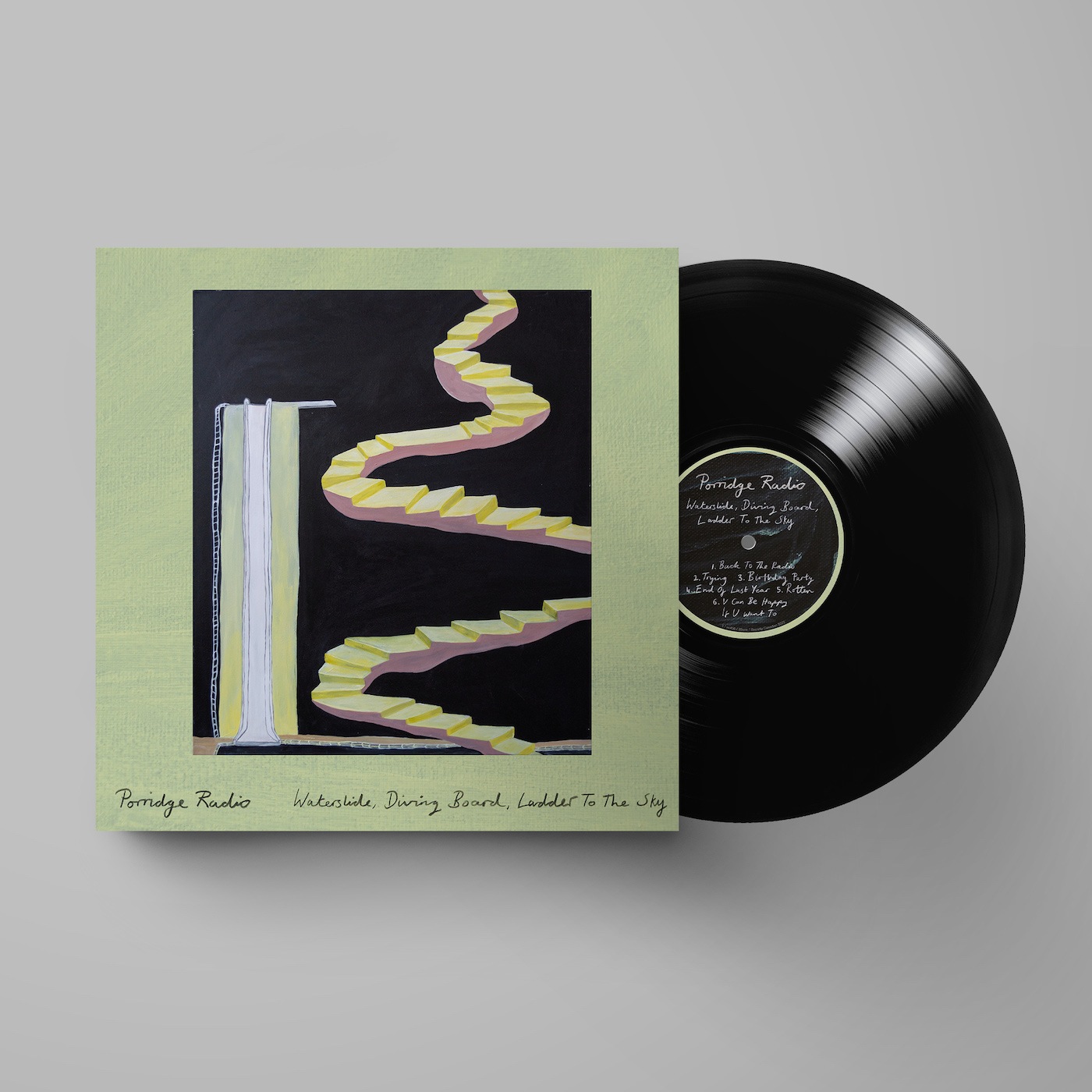 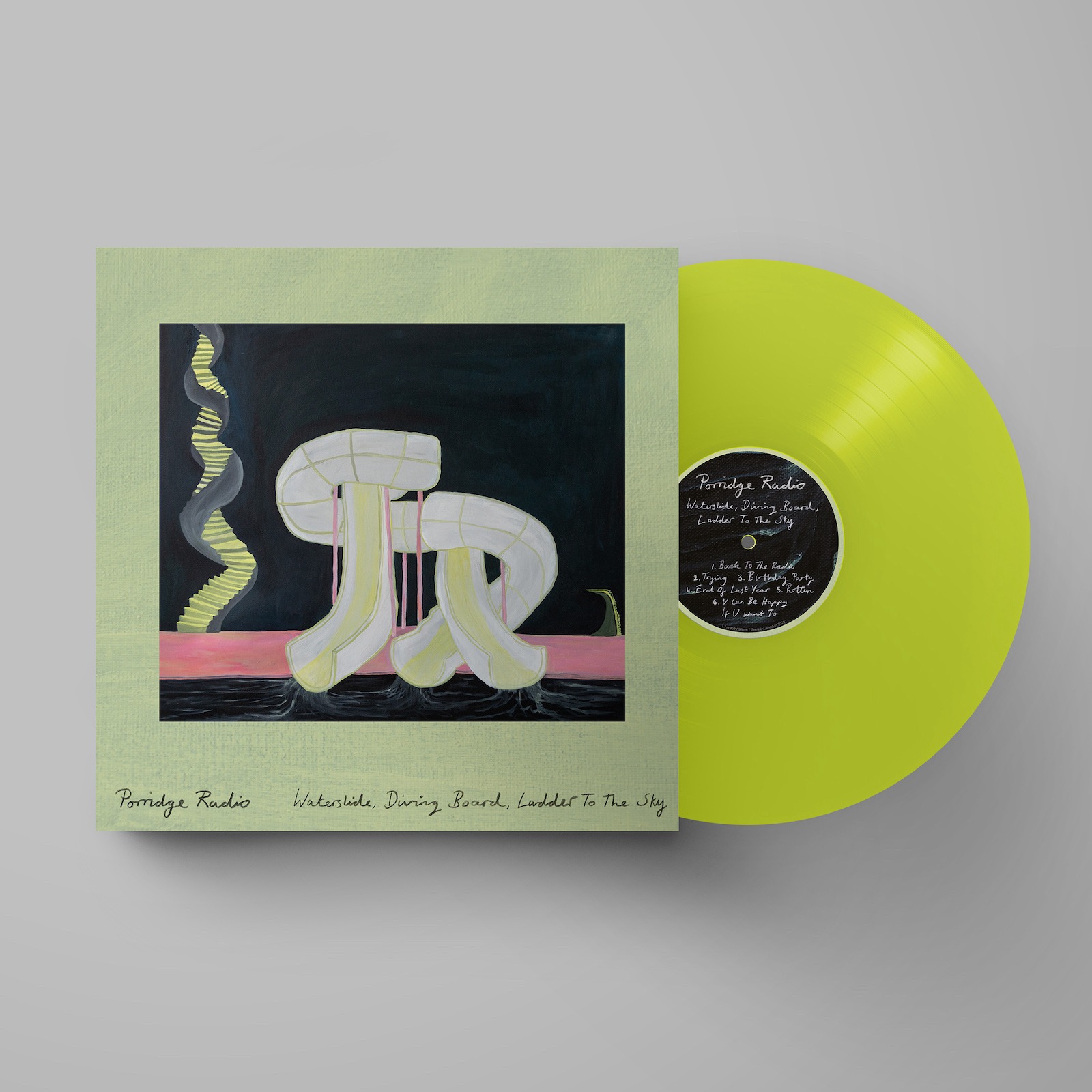 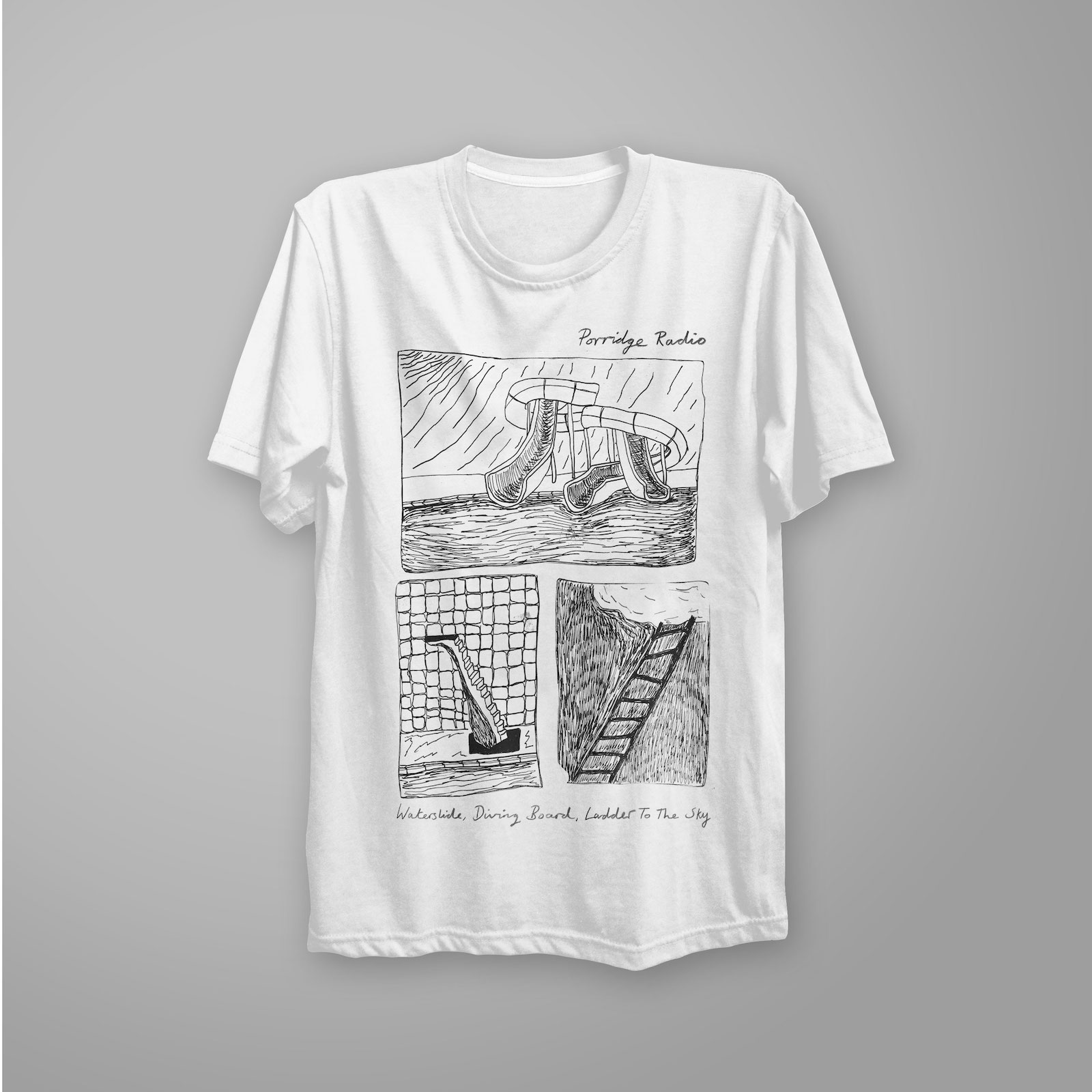 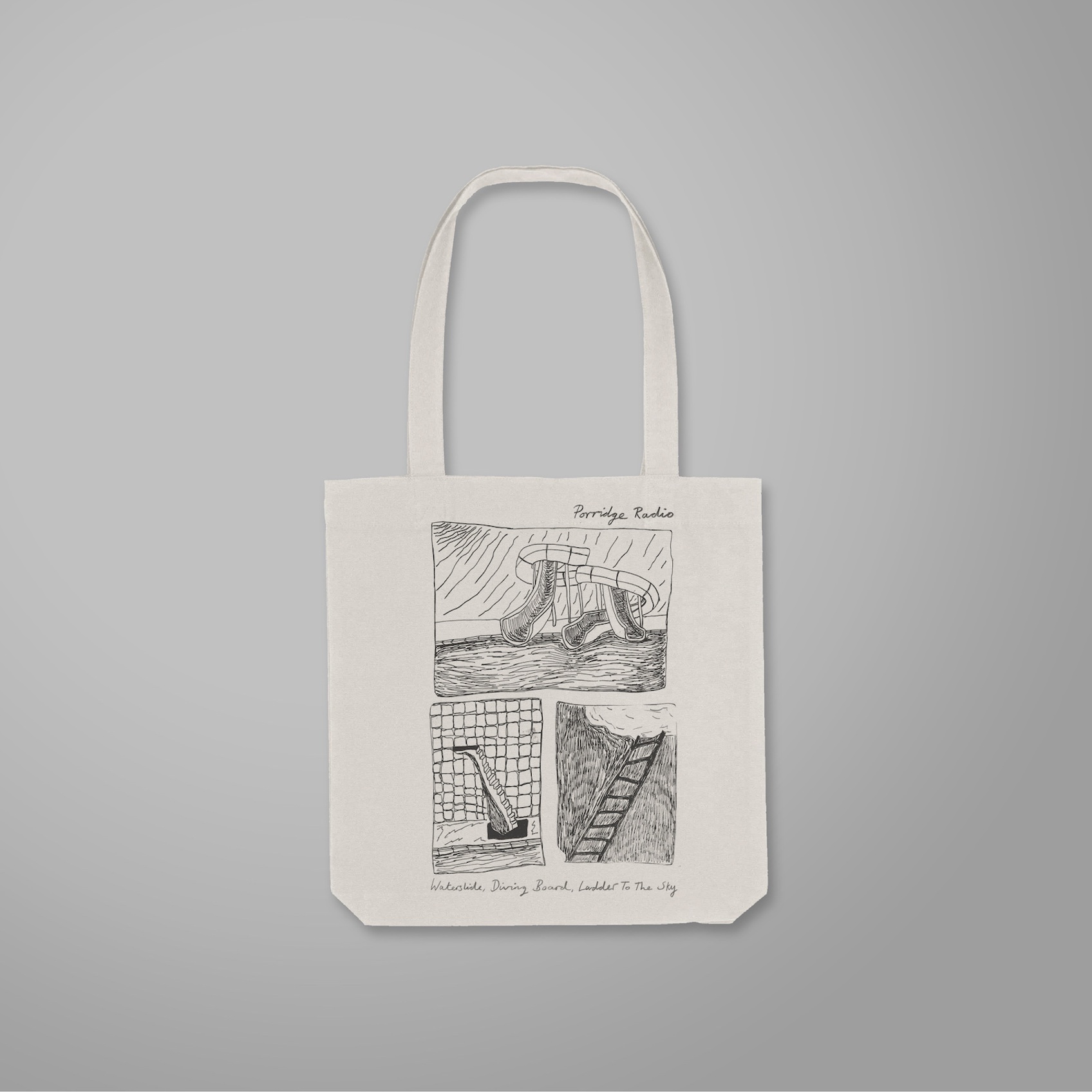