Catalog No: SC095
Label: Secretly Canadian
The material embodied on Songs From Purgatory was recorded in vans, dank basements and tiny apartments in Grand Forks & Fargo, North Dakota using crappy microphones on an even crappier 4-track machine. This body of work showcases a songwriting and producing talent that perhaps was only commercially held back by its medium - one which he initially embraced as a matter of necessity, but eventually grew to deliberately embrace with the zeal of a lo-fi revolutionary. According to June, "Over time, I came to appreciate the sounds I was getting, and it dawned on me that recording in an expensive studio is not somehow inherently superior to 'lo-fi' recordings - it is simply a different medium." Originally released as cassette-only albums on his own label 3 Out Of 4 Records, June's master tapes were almost destroyed in the Great Flood of 1997 that consumed Grand Forks. Over 200 master tapes sat submerged under the murky Red River water for several days in his parents' basement until saved through a painstaking cleansing process that is hilariously documented in the liner notes to this collection. Brought into this world by June, taken out by the Flood, then brought back by June, these songs have been re-mastered by the able hands of the iconic KRAMER.
read more 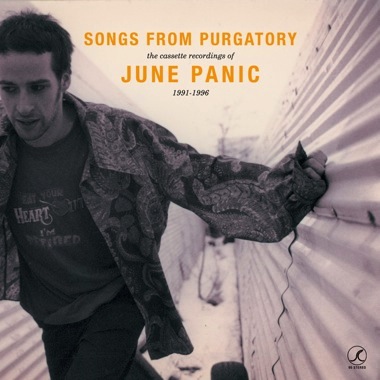