Catalog No: JAG101
Label: Jagjaguwar
"The President's Dead" is the first release by Okkervil River since 2005's masterful Black Sheep Boy project. Having spent most of 2005 touring and writing, the band and Jagjaguwar wanted to rush this single out before 2006 came to a close. Locked in the grooves of this limited-edition vinyl-only release is what might be Okkervil River's most accessible and most contentious song, "The President's Dead." A two-minute and forty-two second serving of alternative historical fiction camouflaged as a folk anthem tarted up as a pop single that never was, "The President's Dead" depicts with tenderness and empathy the shock felt by a sensitive young Republican upon hearing news of an assassination over the radio, its lyrics shifting sneakily from images of public horror to those of private tenderness as its music performs a similarly schizoid leap. Meanwhile, sequestered away on side 2, the lyric that bobs atop the loping, twangy pop of "The Room I'm Hiding In" depicts a paranoid flight from vastly more powerful pursuers determined to exact the most severe punishment and revenge.
read more 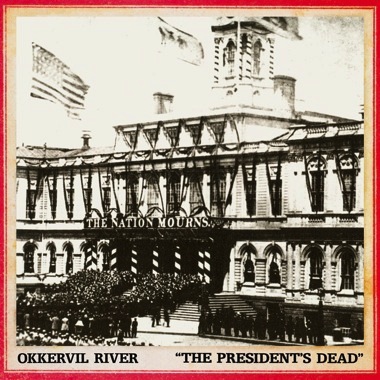