Catalog No: JAG411
Label: Jagjaguwar
If it’s really a post-genre world, why does everything sound the same?

The two halves of Tampa rap duo They Hate Change—Dre (he/him) and Vonne (they/them)—first came together in front of the apartment complex where they both lived as teens. Dre had just moved down from Rochester, NY; Vonne was trying to sell him bad weed. It was clear from the start that the two listen to music differently from most people—they’re sonic omnivores, obsessive deep-divers, lovers of rare and radical sounds. Starting as kids trawling the internet for tracks, they’ve been collecting music from around the world and across the decades, amassing a shared sonic knowledge so deep that “encyclopedic” barely begins to cover it—not just the East Coast hip-hop that Dre grew up on, or the hyperlocal bass-music variants like jook (the Gulf Coast’s twerkably raunchy answer to house) and crank (think “Miami bass meets NOLA bounce”), but also drum ‘n’ bass, Chicago footwork, post-punk, prog (they’re, like, seriously into prog), grime, krautrock, emo, and basically any genre on the map.

Once they graduated to DJs on the Tampa DIY scene—which includes everything from punk rock house parties to the black “teen nights” that pop up in rec centers and ballrooms—they figured out how to pull all these disparate sounds together into a cohesive style. More importantly, they figured out how to make it something people will actually move to. When they made the transition to rapping and making beats, they brought that pleasure-seeking approach to sonic experimentation with them.

For anyone who’s been feeling suffocated by the sameness that’s been afflicting hip-hop and pop—where a small handful of ideas gets recycled endlessly, and a spin through the big new-release playlists quickly devolves into a blur—They Hate Change’s Jagjaguwar debut, Finally, New lives up to its name. Finally, a record that can satisfy the geeky headphone trainspotters and the hedonistic ass-shakers, too. Finally, producers who refuse to settle for making drag-and-drop beats. Finally, rappers who aren’t afraid of actually sticking out from the crowd and saying something new, and who embody the classic quote from Run of Run-DMC that, “The only thing rap music is—there is no music to rap. We just rap over whatever we want.”

“We try to brainstorm and figure out together like, how were they doing this, and repurpose it into something new,” Dre says. “Messing around with samplers gave us a new appreciation for some of those old records, whether it’s jungle records, or grime or even footwork tracks. It was like trying to figure out, how can we manipulate them and make something new?”

The album’s lead single, “From the Floor” shows off Vonne and Dre’s talents to organically connect disparate influences, fusing icy UK drum & bass breaks with Miami bass bounce, layering on Dirty-South-mixtape-style raps, and dousing the whole thing in spacy psychedelia worthy of Can. “Blatant Localism” spotlights the pair’s verbal teamwork, as they trade lines taking aim at style-deficient hypebeast rappers over a pixelated beat, landing on something like turn-of-the-millennium IDM, but with a lot more shit talk. The coolly frenetic “X-Ray Spex” infuses jungle with propulsive synthesizer ambience. And they’re as daring with their lyrics as they are with their beats: on “Little Brother,” Dre draws an emotionally complex portrait of the hood economics other rappers shallowly glamorize, while “Some Days I Hate My Voice” is Vonne’s speaker-knocking ode to androgynous gender euphoria, complete with shout-outs to 100 gecs and 60’s trans soul star Jackie Shane.

“With this album, Vonne says, “it's really like, okay, you know how you talk about the internet breaking down borders? Here's what that actually sounds like. It's not just a hip-hop record with a couple more weird sounds. You want homegrown DIY? This is a record that was written, produced, and recorded in a 150-square-foot bedroom from the least cool city you could think of.”

Finally, New is what a truly post-genre musical landscape is supposed to be: building deep connections that transcend outdated distinctions between them, spilling over with the joy of exploration and possibility, and daring other artists to think broader, go deeper, take bigger risks.

Let the rest of them keep playing by the old rules—They Hate Change will keep changing the game.
read more 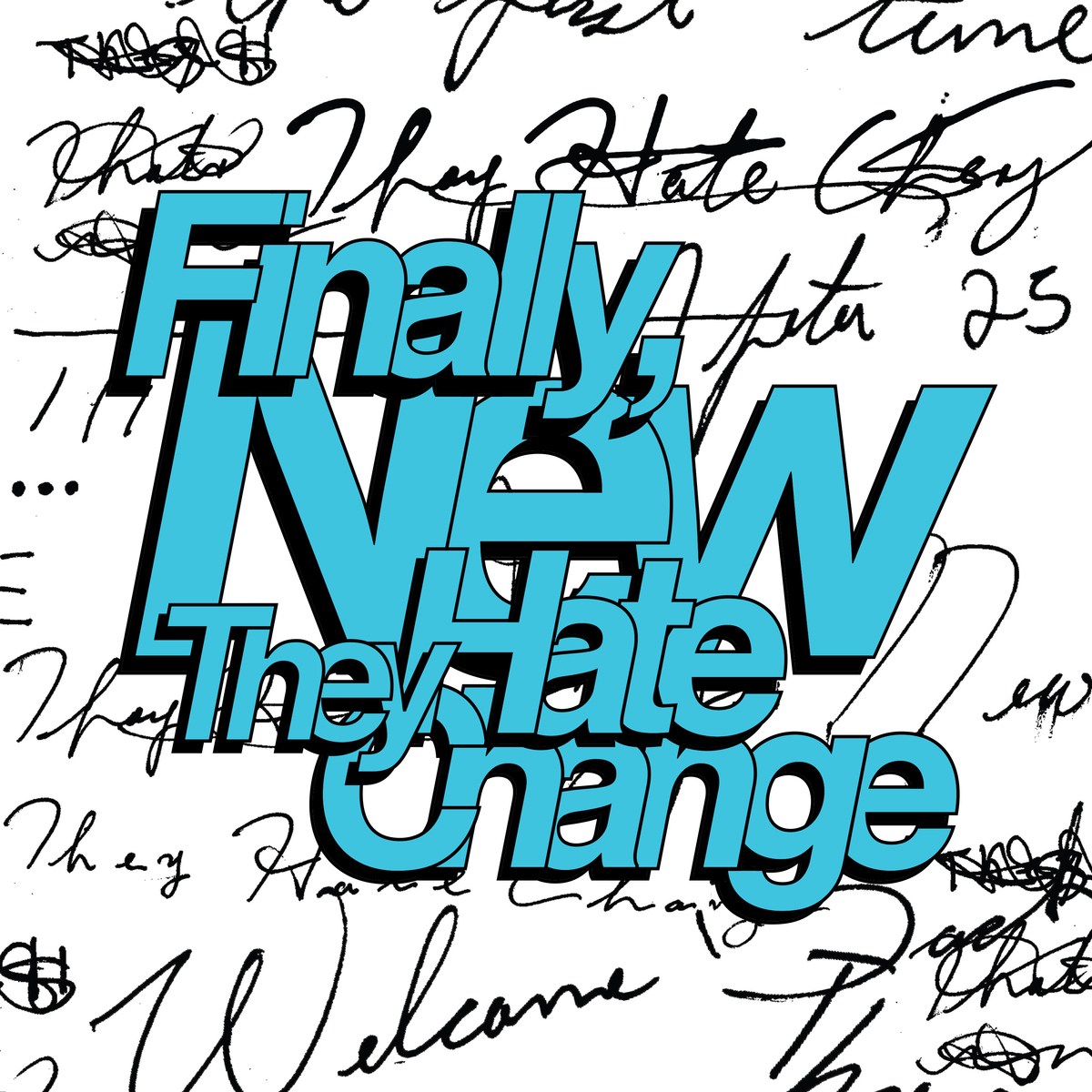 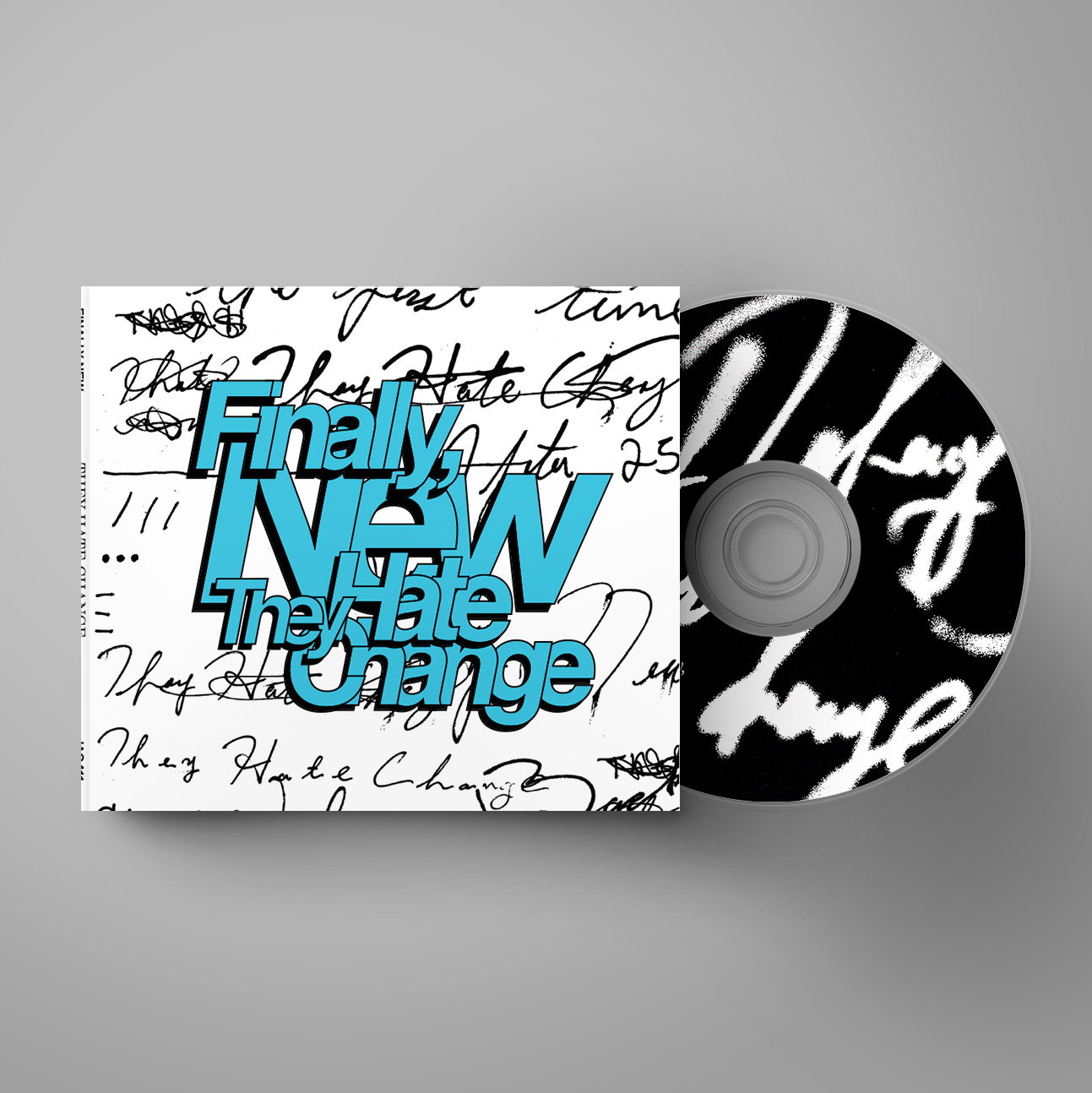 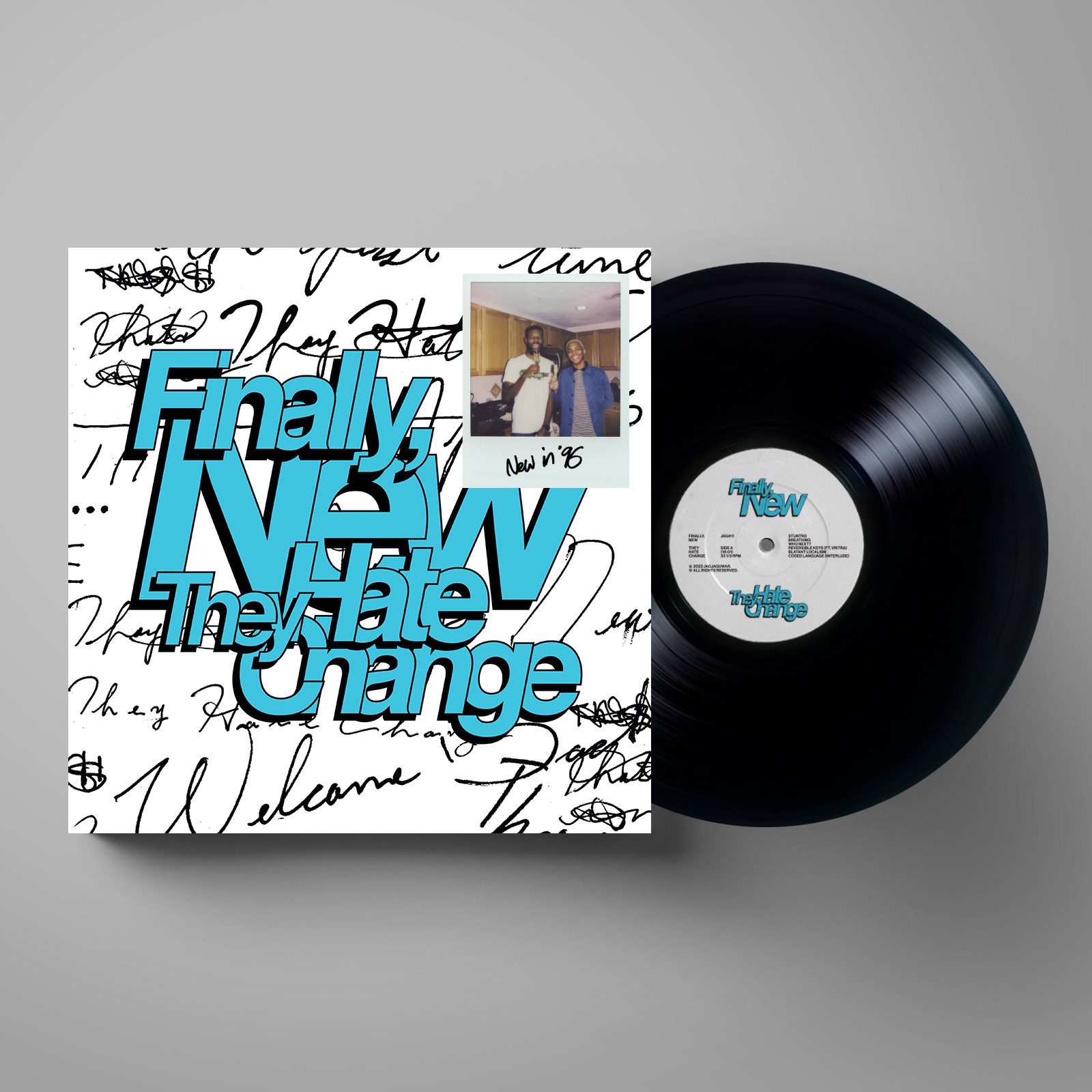 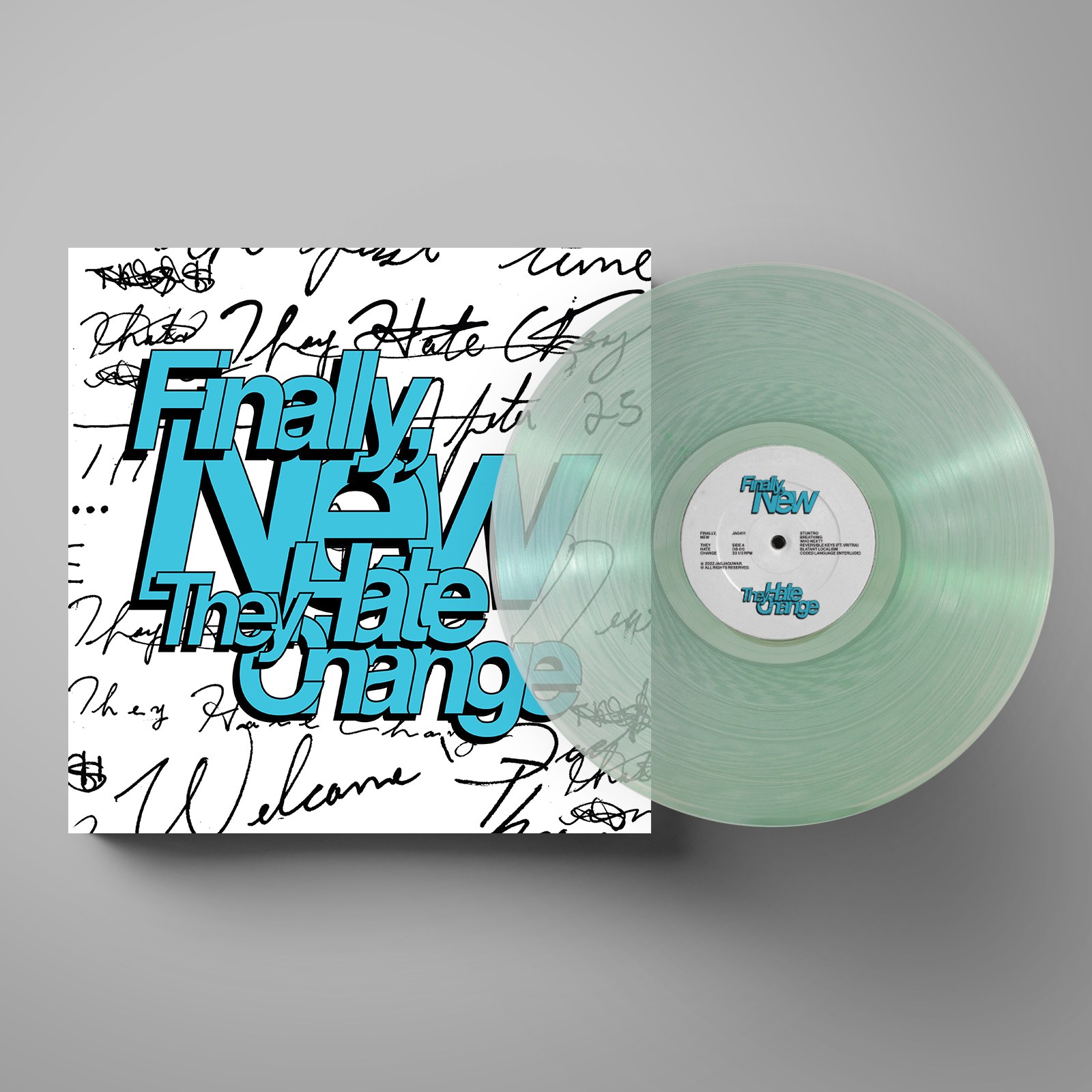 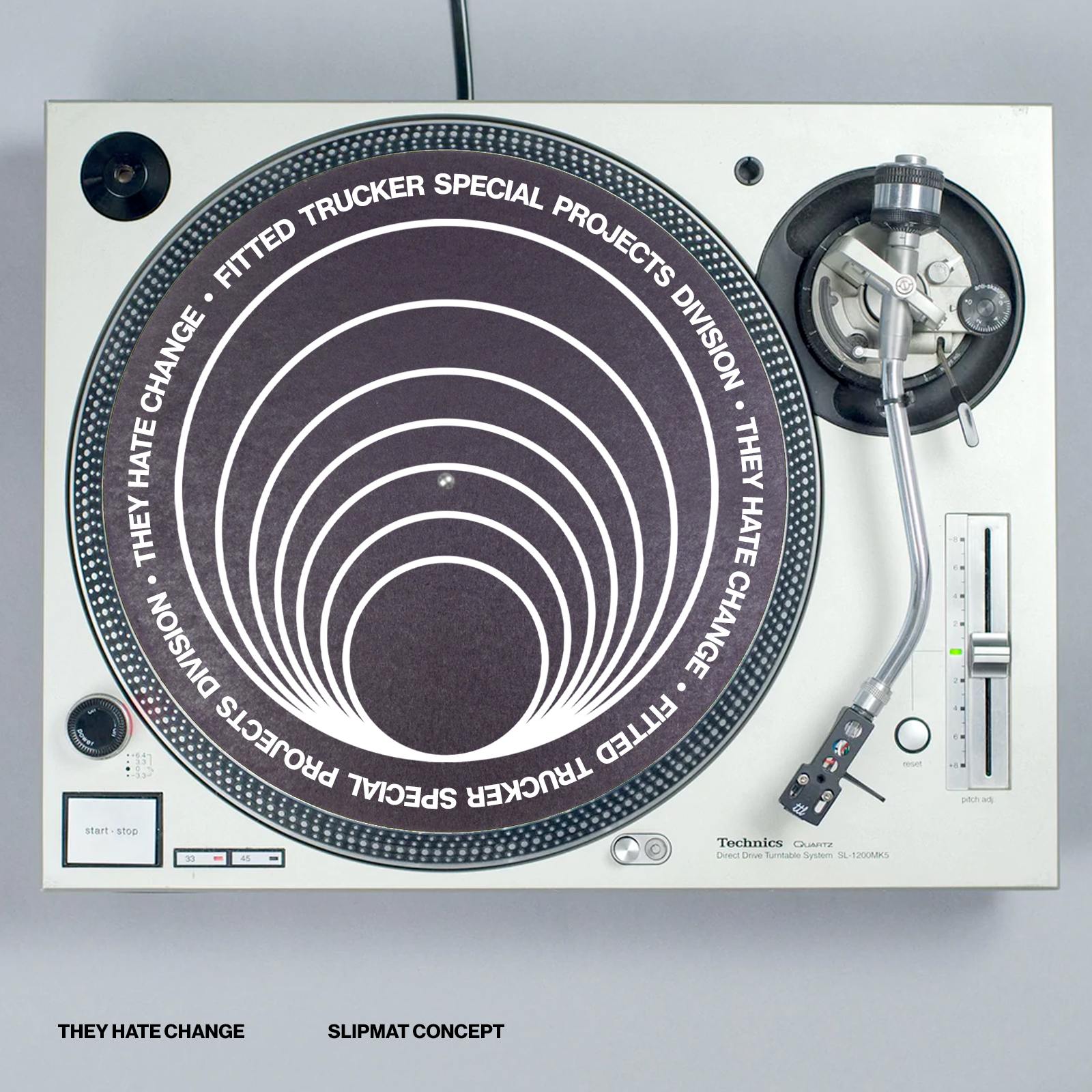