Time Is Over One Day Old

Catalog No: DOC084
Label: Dead Oceans
Bear In Heaven's new album is aptly titled Time is Over One Day Old. It's a record with a visceral relationship to time and its processes. Where invulnerability and ambition can support you as you grow, at some point they become dead weight, and being true to yourself means casting them off, starting anew. This plays out as a powerful analogy for the band across the arc of it's career. They've always made intriguing records, here especially. It's easy to see why musicians fall hard for this band. They entice and envelop you. Any Bear In Heaven song will most likely greet you with a provocative beat, textural synthesizers and unassuming but adeptly supportive bass and guitar, all exquisitely arranged and glistening. Jon Philpot's high, smooth, strong voice is so tightly wound into the music that it can be easy to overlook the lyrics, Bear In Heaven's capacious third dimension. Philpot is a center-seeking, contemplative writer who captures the fleeting thoughts that underscore our emotional lives, the interactions with the world that are both difficult to express and anathema in daily conversation. While all of this can be said of any Bear In Heaven album, each varies wildly in tone and approach. 2007's Red Bloom of the Boom is ambitious and experimental. Beast Rest Forth Mouth (2009) was a pivotal record that still feels important, seductive and intense. On their 2012 LP I Love You, It's Cool the structural and musical ideas are challenging, and masterfully developed. For Time is Over One Day Old, we witness the band once again turning their gaze inward and prioritizing their evocative abilities in line with or even slightly ahead of technical skills. It feels very much in the tradition of BRFM in that way. It's beautiful; it's moving. Here Philpot and Adam Wills are more deeply collaborative than ever. This album is darker at times, louder than their others; it feels personal and direct. "If I Were To Lie" places Wills' bass groove front and center, "Demon" is riveting and propulsive in spite of its dark pointed lyric, and "They Dream" dissolves into three and a half minutes of deeply satisfying ambient synth work in its second half. Wills has always been the bands anchor, providing rock solid, rhythmic bass lines and guitars that blur the boundaries of Philpot's synth. Though in moments such as the final track, "You Don't Need The World," Wills cuts through with an audacious, biting guitar hook. It's a great culmination of the album's sense of release. This album isn't about being dark, it's about releasing darkness and frustration. When bands age well, their vitality takes shape. They wear, but with intention. They trim excesses. Throughout this album you'll hear a band at peace with themselves. They've learned to cut back on that which is merely impressive and to concentrate on simply what is crucial. For Philpot this is about making something lasting. "A lot of shedding, getting rid of layers and preconceptionsâ€¦ breaking up with old ways of thinking, old ways of being, starting to look at this thing in a new way and finding something positive." The result is a record that will stay with you.
read more 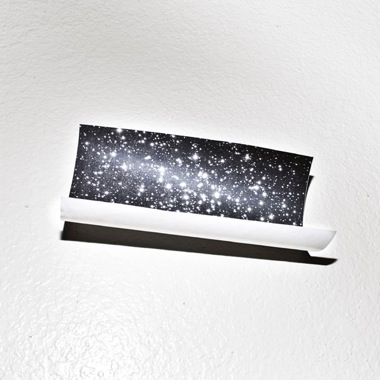