Where The Messengers Meet

Catalog No: DOC041
Label: Dead Oceans
While it has only been 18 months since Mt. St. Helens Vietnam Band's self-titled debut, they have traveled what feels like thousands of miles. Where The Messengers Meet is in real time, an expansion of the sound of the band's eponymous debut. They take the same frantic and skewed elements and stretch them out, giving them room to breathe and blossom. Thematically, Where The Messengers Meet is an exercise in contrasts: the delicate and gentle, the dark and furious. Mt. St. Helens Vietnam Band collects powerful compositions into one cohesive whole held together with lush production and a haunting atmosphere. They are imperceptibly inching away from an angular style influenced by Modest Mouse and Wolf Parade, instead incorporating an epic sound recalling both the modern masters such as Arcade Fire, and classic pioneers, like Pink Floyd.
read more 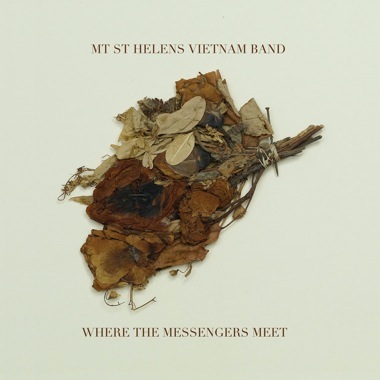