Catalog No: JAG098
Label: Jagjaguwar
Swan Lake is the new band featuring Daniel Bejar (Destroyer, New Pornographers), Spencer Krug (Wolf Parade, Sunset Rubdown) and Carey Mercer (Frog Eyes). Beast Moans is their debut record featuring, among other things, beast moans, starling voices, cobra hi hats and arpeggiating pianos. The songs are great weaves, showcasing the famous and very distinctive songwriting styles of Bejar, Krug and Mercer. The sum is definitely greater than the parts, and at distinct points on the record a new "combined" style emerges that throws whole heaps of magic into the air, sounding like nothing else. When the three "come together" (as if stuck in a sea-storm, in a sinking boat, forced to bail together), we first glean some grudging camaraderie. But, like rugged individualists after the storm, parting at dry crossroads, their work on Beast Moans can still be the sounds of each individual muttering under his breath, and not the chorus of exclamation and supplication to the raging maelstrom that is the hallmark of "collaboration". It's good either way. Beast Moans was recorded in a summer cottage town in Canada, and in Victoria, in a house where Krug and Mercer are familiar with and Bejar feels comfortable enough. It was "self-produced."
read more 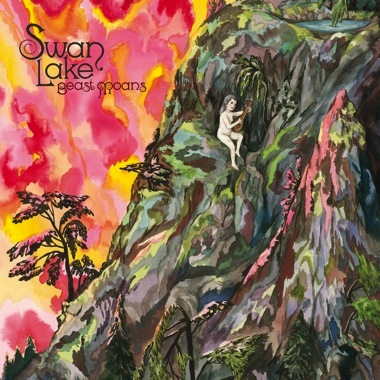