Catalog No: JAG089
Label: Jagjaguwar
Okkervil River's Black Sheep Boy Appendix is not just a companion piece to their critically-acclaimed 2005 release; it's also a condensed, alternate vision of that record's imagery and themes, with the ultimate intent to exhaust and destroy both. This ambitious mini-album rounds up and reworks the band's favorite unfinished songs (tracked for the Black Sheep Boy full-length) and then punctuates and bookends them in brand-new compositions; in the process, it shows songwriter Will Sheff and company both revisiting themes from their past and shooting off in some startling new directions. "Missing Children" entombs an unnerving fairy tale monologue in an arrangement that recalls The Marble Index or Tilt; its melody is reprised twenty minutes later in a frenetic and jangly rocker that might have been hatched from the side of Love's "A House is Not a Motel." In between is everything else; suffocatingly lush string instrumentals, skittering found sounds, lean rockers, deafening epics, the rhythm section interrogating the lead singer, and "Black Sheep Boy #4," which messily dispatches the Black Sheep Boy character in a lurid crime scene high on a plateau of hallucinatory, cinematic folk.
read more 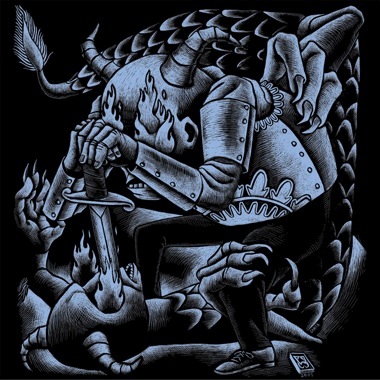