Catalog No: JAGSPEC14
Label: Jagjaguwar
Beth Wawerna's involvement with rock music started a couple minutes after she was born, when her 14-year-old brother stubbornly insisted she be named for the 1976 KISS power ballad "Beth." Her parents consented â€“ thus unwittingly sealing their daughter's fate. Beth now fronts her own rock band, Bird of Youth, whose debut album Defender (out May 24) was produced by Will Sheff of Okkervil River and Phil Palazzolo (The New Pornographers, Ted Leo, Neko Case), with a cast of players that includes members of The Wrens, Nada Surf, The National, Okkervil River and The Mendoza Line. Defender recalls the classic and college rock Beth grew up with, as well as the swagger of old New York girl groups and the insight and sarcasm the early new wave songwriters. Inherent in Beth's voice is a cool stoicism â€“ a dry, knowing wink that is as affecting in Defender's moments of dark humor and ornate storytelling as it is in its flashes of unvarnished heartbreak. Beth's dry delivery finds a perfect match in lead guitarist Clinton Newman, whose lush, multilayered harmonies and intertwining guitar parts give this record its distinctive sound â€“ something like Chrissie Hynde fronting Squeeze or Nico signed to Stiff Records. As intricate pop songcraft crumbles into gauzy atmospherics and literate observations devolve into boozy chaos, Bird of Youth's rave-ups and kiss-offs turn indie-rock braininess back on itself with a casual frivolity. Over the past few years, Beth has put that wonderfully unstable marriage to the test on stage, appearing with The Wrens, The Mendoza Line, Okkervil River, Roky Erickson and others. With the band's permanent touring lineup rounded out by bassist Johnny North, drummer Ray Ketchem and keyboardist Eli Thomas, Bird of Youth plan to spend the summer months of 2011 bringing Defender direct to the fans.
read more 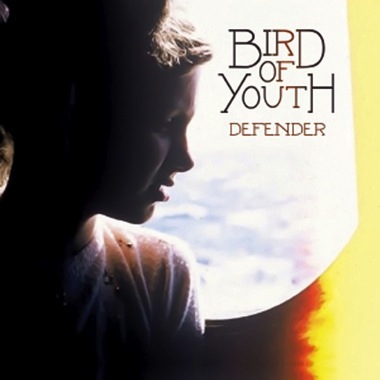