Catalog No: JAG401
Label: Jagjaguwar
The community orchard that poet Ross Gay helped build in Bloomington is a physical representation of all he puts into his writing. It’s a place open to all, a place teeming with life and abound with nature’s gifts. Over the last 12 years, his poems have given us indelible images and phrases of radical empathy and unabated gratitude; about community, collaboration, connectedness and hard work. They have crept into our hearts and made a home of all of us. And so we are launching our 25th Anniversary celebration with 'Dilate Your Heart', our first spoken word album since titan Robert Creeley’s self-titled release twenty years ago. ‘Dilate Your Heart’ captures Ross Gay’s poems and lets that orchard into their lines, with deep and loving compositions from Jagjaguwar artists and artists we’ve adored for years with this ever-dilating heart of ours.

“Dilate Your Heart” does not stem from any one of Gay’s poems. But the oft-used Jagjaguwar mantra certainly owes a psychic debt to their passages — a debt to Ross Gay as a member of this community and as an artist living here in Bloomington, Ind., where Jagjaguwar is based. Dilate your heart means: make room, let more in. New faces, new concepts, new fears, new gratitude. It means welcoming the endless expansion of your community. It means let in all life has to offer, even its very end.

Each track is a conversation between artists. The sprawling, heartbreaking and relentlessly thankful “Catalog of Unabashed Gratitude” is given a gorgeous, slowly creeping bed of vines by Bon Iver, as Gay's unadorned voices speaks a lifetimes of Thank You’s. On “Burial,” harpist and composer Mary Lattimore’s lunar landscape follows Gay’s voice into space, telling of our endless energy exchange with nature. Chicago’s Angel Bat Dawid dances with the frenetic, joyous scene Gay leads us through on “To the Fig Tree on 9th and Christian,” in which a group of Philadelphia strangers scramble together to harvest the fruit of the titular urban fig tree. Songwriter Gia Margaret provides a mystical, amniotic environment for Gay’s “Poem To My Child If Ever You Shall Be,” a love letter to an imagined future child, treating Gay's voice like a message in a bottle to a far off idea made only of love and potential. Sam Gendel, a secret weapon collaborator, affects Gay’s voice on “Sorrow Is Not My Name” to something glassy and almost singsongy. Gay becomes a man outside time, focusing on the treasure of life’s every day instead of fixating on its finality, the feel of the music almost western, riding into the wind then disappearing. Throughout, Gay recites his poems with bright aliveness, his voice as warm and easy when he speaks about death as when he speaks about mercy, or love. Heart fully dilated, letting out all that's been let in.
read more 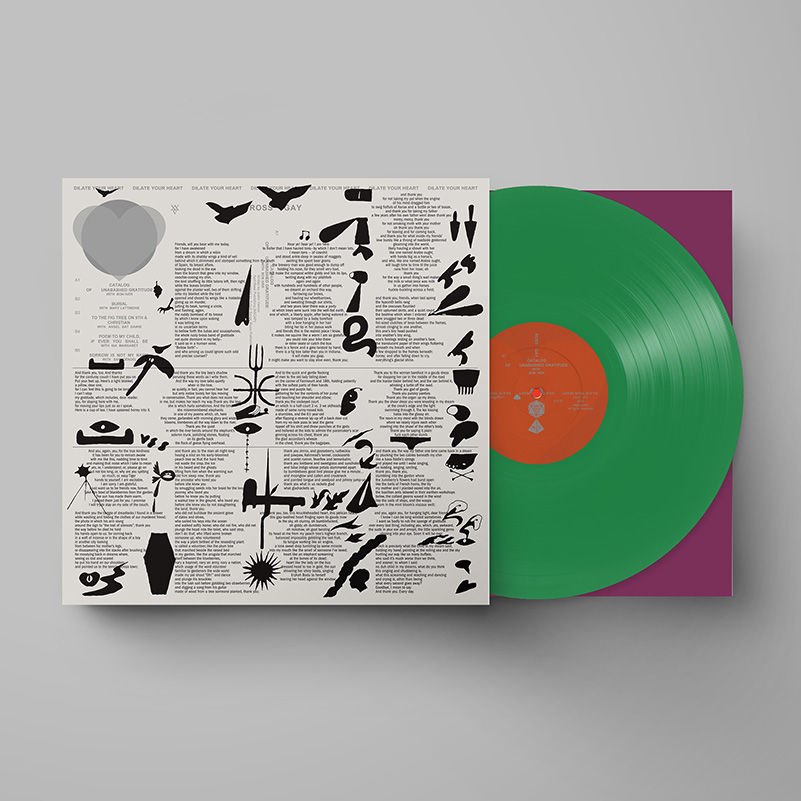 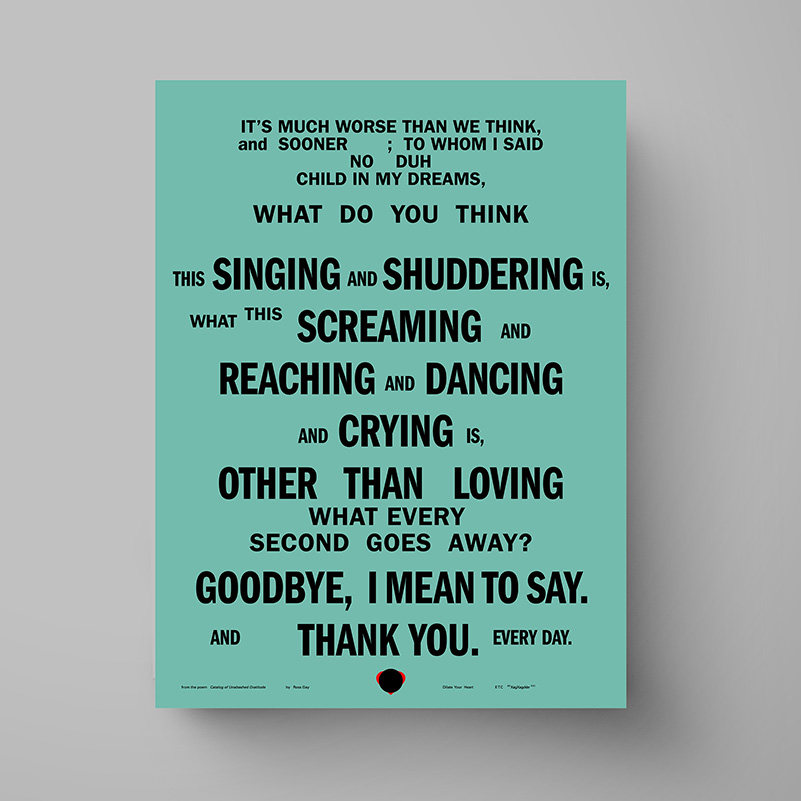 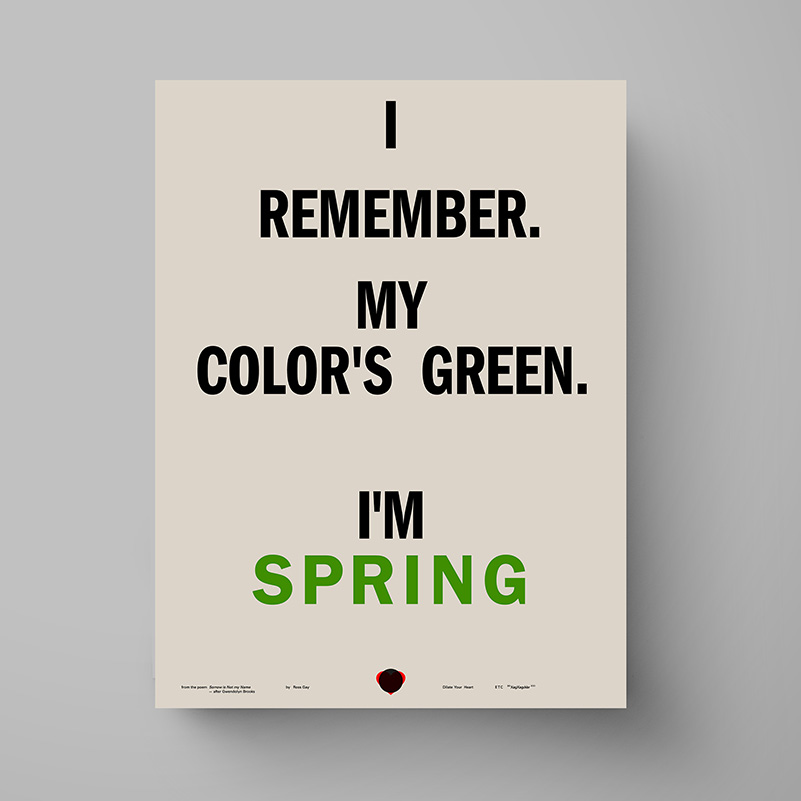 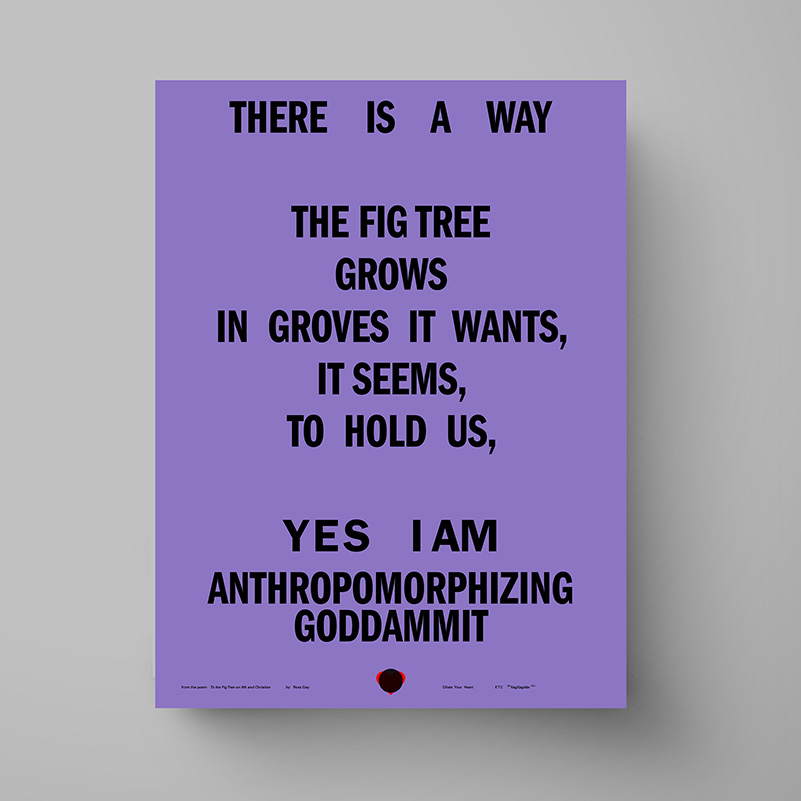 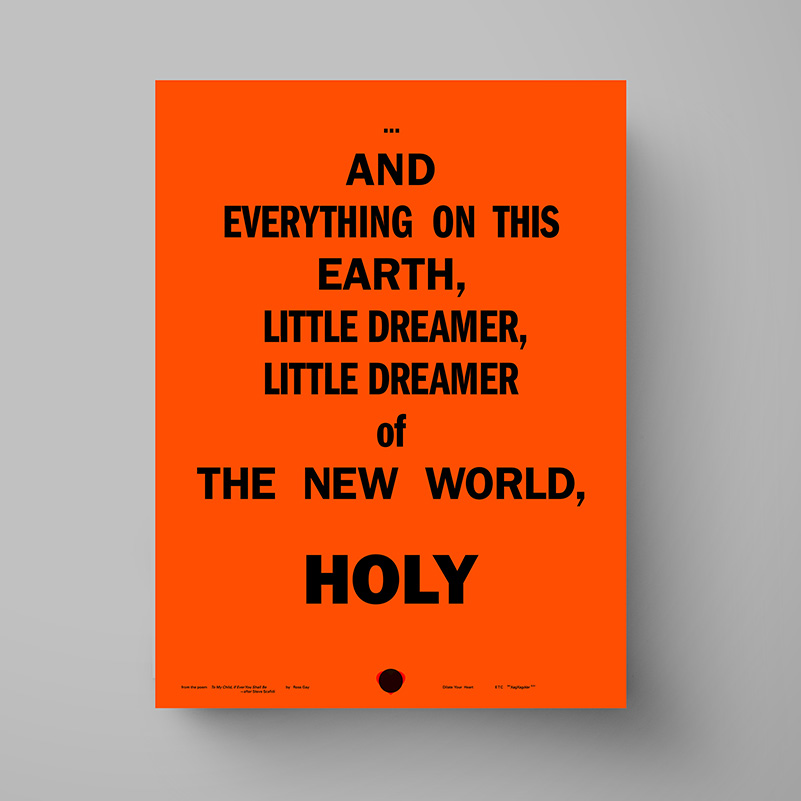 Poster $14.99 And everything on this earth...
preorder
Dilate Your Heart Exclusive Poster
Ross Gay
Poster $14.99
preorder 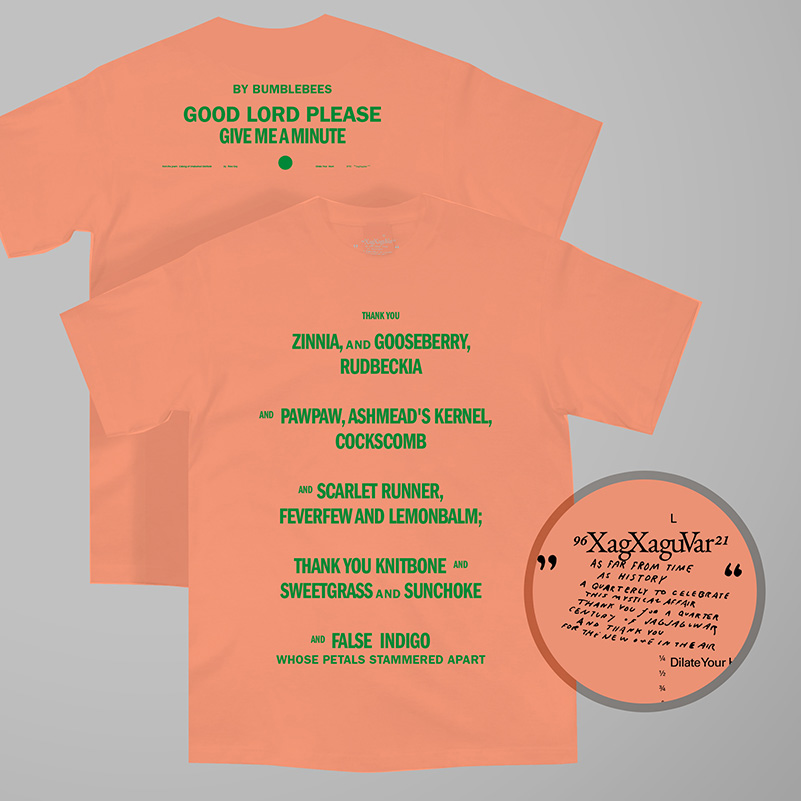