Catalog No: DOC032
Label: Dead Oceans
Once dubbed "the rhythm section's revenge" by Jim O'Rourke, On Fillmore is back with their most elaborate work, Extended Vacation. The duo is formed by bassist Darin Gray and percussionist Glenn Kotche, who were originally hand-picked by O'Rourke as the rhythm section for his album Eureka (Drag City, 1999) and joined him on several tours and his next two albums (Halfway to a Threeway and Insignificance). It was in 2000 during a gig at Scott Walker's Meltdown Festival in London while touring with O'Rourke that On Fillmore was conceptualized. Nearly a decade later, the band is stretching the very definition of the term "rhythm section." Kotche and Gray both have long and impressive musical resumes â€“ Kotche is a respected composer whose most recent album was released on Nonesuch as well as a member of Wilco, while Gray's recorded output began in the '90s, when he was a member of the experimental bands Brise-Glace, Yona-Kit and Dazzling Killmen. Since then, Gray's been gaining notoriety as a world-class performer and improviser, releasing solo recordings as well as numerous collaborative works with musicians Loren Mazzacane Connors, Akira Sakata, and Chris Corsano, among others. Extended Vacation is the result of three years of collaboration, painstakingly labored over during the stretches of time when Gray and Kotche were not involved with their numerous other musical outlets. This slow process is apparent in the recordings â€“ the melodies are delicate, beautiful and haunting, surrounded by driving rhythms, and assembled into complex and precise collages of sound. On Fillmore make use of upright bass, unusual percussion, field recordings, vibraphone and various small instruments, exploring both repetition and spaciousness in the recordings. Joined by guest Dede Sampaio on bird sounds, Extended Vacation takes the listener on a strange, dreamlike journey. Melodies blend with atmosphere, the sounds are confusing and comforting, concocting a rich cinematic landscape of sound.
read more 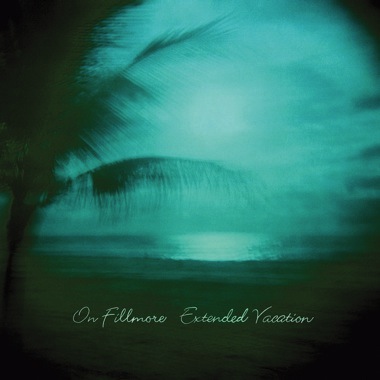