Catalog No: JAG107
Label: Jagjaguwar
Life is full of ups and downs. Sometimes you get up just to get down again. Sometimes you run just to feel the wind against your face, and sometimes you stand still to watch things crumble around you. Vancouver's Ladyhawk knows this. And they got up - way up - and entered a recording studio for a day-long session between tours in the first half of 2006. Perhaps they then soared too close to the sun, like moths drawn into the flame, only to fly again into the shadows, their wings singed. And then maybe, gathering their burned and broken instruments about them, they limped their way home, rearranging the pieces and sounds haphazardly, letting them all lay as they fell. The end result is the sound of four brothers breaking something down to create something new, reaching into the fire again. It is a shattering 6-song march called Fight For Anarchy, all unmuzzled and jawing out, nothing edited or expunged. And on it Ladyhawk show that, like Spoon, Dinosaur Jr. or Tom Waits, they have the ability to conjure growls, snarls, and storms of sound into musical lightning, never striking the same place twice.
read more 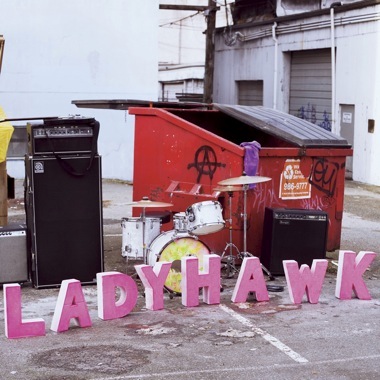