Catalog No: JAG087
Label: Jagjaguwar
Little Hours is the patient sheen of stillness after a short, violent burst of intention. The lingering, resonant decay of a nail being hammered into wood. A piano laden marriage of small hopes and quiet violence. In Church Hill, a borough of Richmond, Virginia, there is a small yellow cottage. Next to the cottage is an austere replica of a mid-nineteenth century, white Federal period house. The members of Spokane hand built the structure over the course of 2006 while recording and revising their first new album in four years, Little Hours. The record is both a document of and an aural parallel to that difficult, meticulous process. In the emotional vein of folk singer Jackson C. Frank with the textural emaciation of composers Zbigniew Preisner and Morton Feldman, the songs themselves are hinged on concepts of failure and stillborn ideas, on the conflicted process of building or birthing a cerebral image into the world. There are the echoes of insistent cats running through the skeletal frame of the house, pillaged, infant birds in their mouths, left half-dead at the foot of the hole where the stair would be. Little Hours is packaged in a vinyl sleeve with both record and CD inside, 50 of which are handmade and numbered. It features the core ensemble of 2003's Measurement, which MOJO magazine called "a uniquely enthralling treasure", along with contributions from members of Brooklyn's orchestral, minimalist band Gregor Samsa,
read more 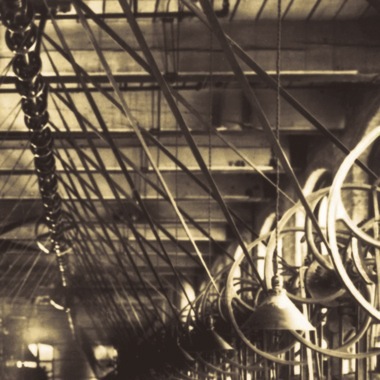