No Rest for Ghosts

Catalog No: JAG085
Label: Jagjaguwar
If we could hear the angels singing about us, they would be in harmony with the chosen sons of Boonville,Missouri. With No Rest for Ghosts, their second full-length record for Jagjaguwar, Minus Story have arrived. Their heavenly racket shuffles, flutters, crashes and bangs all about us. Their reedy artistic voice nears multi-octave range. Their rhythmic presence delights us in a sublime collision of the conventional and the experimental. And while their trademarked "Wall of Crap" sound is still present to some degree, No Rest for Ghosts has transcended the earnest collage aesethic of sounds battling it out for attention and now fully exhibits a depth and subtlety of performance not found on their critical darling The Captain Is Dead, Let the Drum Corpse Dance (their first full-length for Jagjaguwar, released in 2004). No Rest for Ghosts is a portal to a richly imaginative Minus Story universe, where the band sings about a narrator being eaten and regurgitated by his/her own baby in order to feed its own monstrous young, the chasing of a cloud that eats souls, the jumping off of a cliff like lemmings after employers are laid waste to, the dreaming of a Nazi invasion of their hometown, God sadistically laughing at them, and their respective minds being invaded by undead celebrities. The emphasis is on either structure over hooks, or the willingness to enjoy a story in words unfolding over a set of chords without any unneccessary "window dressing" getting in the way. Minus Story is influenced musically by the solo work of John Frusciante, the tenderness of Bjork, the melodic interplay of Television, and the directness of late period Tom Waits. The band is also conceptually influenced by the brutality of Jerzy Kosinski's The Painted Bird, the sweeping and ambivalent authoritarianism critique of Jason Lips (the provider of cartoon drawings for the album art, and the creator of the Opera and the Blond Stalin character), and most of all by the idea of the invisible enemy and the erosion of the soul by unknown outside forces. The isolation and boredom of small town life has led Minus Story to put the love of art and best friends before career, fashion and professionalism. The writing and recording process for them is one of festivity and trying to capture inspiring moments in their mistakes. They will never hit their mark, but, in failing, they arrive transported somewhere else. A driving aesthetic force within the band is their conviction that they are only different from their musical idols in that they are dependent on shitty jobs to fund their art. Only the rich and privileged are truly independent. Minus Story feel that they and their peers are bound by a common lack of funds as "budget artists" playing "budget rock".
read more 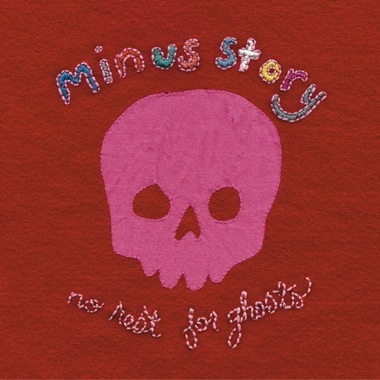