Catalog No: DOC051
Label: Dead Oceans
The first time Sun Airway's crackling pop sounds made their way through our speakers, we heard what felt like the lost soundtrack to the next Sofia Coppola film; atmospheric yet catchy, hazy but somehow vital and immediate. Sun Airway has hit on the sweet spot where infectious hooks and cerebral electronic pop intersect, pulling textural sound and pop songcraft into one. It is hard to imagine namedropping both the Strokes and Animal Collective when describing a single band, but that is exactly what Pitchfork has done with Sun Airway, while describing "Put the Days Away" and "Infinity," two tracks from the band's debut album, Nocturne of Exploded Crystal Chandelier. There is no shortage of magical moments on Nocturne of Exploded Crystal Chandelier, from Side A's one-two punch of "American West" and "Oh, Naoko" to the heartfelt "Waiting on You" and the anthemic "Put the Days Away." Sun Airway twists their songs with their kaleidoscopic production â€“ lush electronic washes, synthetic textures and pulsing rhythms â€“ obscuring the hooks in hazy pop bliss.
read more 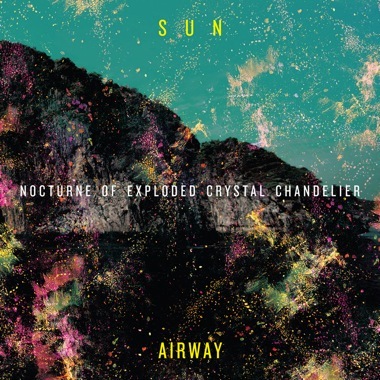