Catalog No: JAG016
Label: Jagjaguwar
Tableside Manners are post-Christmas musings for the emotionally truant. The songs all deal with familiar Drunk themes -- notions of arrival or becoming, coping with expectations, exploring the crossroads where personal politics intersect with existential deliberation. But on this record the delivery vehicle of these themes is substantially different. Tableside Manners is less melancholic and more upbeat than previous Drunk albums. It relies less on exploiting and contorting musical traditions of the past. And while the words and ideas of this record act like a smooth compress on the back of the neck, lulling the listener, many of the rhythms and melodies, instead, rebel against this plaintive end. They act to move the body, to get the foot tapping, to invoke physical instead of spiritual rumination. Drunk's fourth full-length demonstrates first and foremost that Drunk is a band hellbent on not making the same record twice. Call it chronic reinvention syndrome. While it has been fairly easy to gauge how Drunk have changed sonically over the years, it has been much trickier to track the band's musical development -- or, more specifically, the evolution of Rick Alverson's songwriting. For instance, the band's third record, RAISED TOWARD, features songs from Alverson's warchest that were written way before Drunk was even conceptualized. Which makes TABLESIDE MANNERS different -- it is thoroughly a collection of Alverson's newest songs, all of which make a very strong case for Alverson's recent emergence as an important, truly distinctive American songwriter.
read more 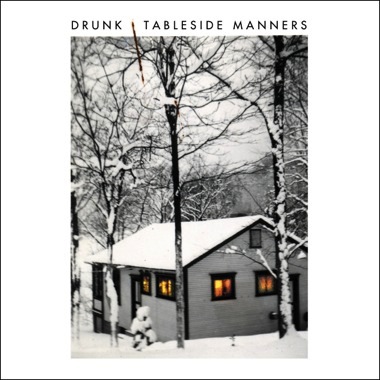 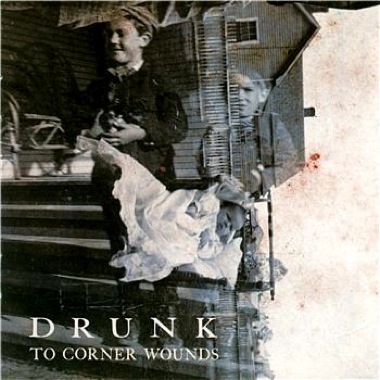 To Corner Wounds
Drunk
buy
Back to Top