Catalog No: JAGBR014
Label: Jagjaguwar
The Home Boxset began unitentionally in 1991 when Eric Morrison and Andrew Deutsch, sharing a small apartment in Tampa, Florida, began to use a shared Radio Shack "supertape" to mix down their latest songs. When the tape was filled, it seemed to fill at least the technical definition of an album and 20 cassette copies were dubbed. These were loaded up into a candy jar, placed on the counter of Blue Chair Music in Tampa and sold for a dollar (which also gave you the right to grab some of the candy in the jar).

As Home began to form into a proper band with the inclusion of Brad Truax and Sean Martin, the methodology remained in place, as songs were finished they were mixed down to a community tape and the Blue Chair jar would be replenished when each tape was filled. In the span of 2 and half years, Home recorded these eight albums on gradually less crude equipment. Starting with two Realistic cassette decks that were wired together, and ending with a cassette 4-track machine.

Brah Records is for the first time filling in the missing gap that will answer the question: Why does Home's discography begin with "IX"?
read more 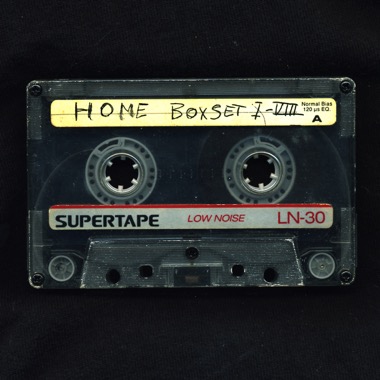