Catalog No: JAG071
Label: Jagjaguwar
Richard Youngs has been making music for over two decades. The Naive Shaman, released in dual format (cd and lp), is his seventh album for Jagjaguwar and is a deeply personal work. Created on a computer at home, it is a high density digital song cycle driven by heavy, heavy electric bass guitar. The opening "Life On A Beam" combines a modal vocal line with throbbing sonics and non-linear percussion. Elsewhere a plaintive voice threads itself through frosted atmospherics and we hear Richard's first recorded kazoo work since 1992's "New Angloid Sound". At the core of the album is "Sonor In My Soul", a bass loop on to which are collaged strangulated guitar, singing and more singing. The track climaxes in a hollered plea for "unity". The second half of the set contrasts "Once It Was Autumn", a succintly crafted dub chant, with the epic "Summer's Edge II" whose sprawling 16+ minutes anchor a floating vocal melody and free-flowing drums with fuzzed bass octaves.
read more 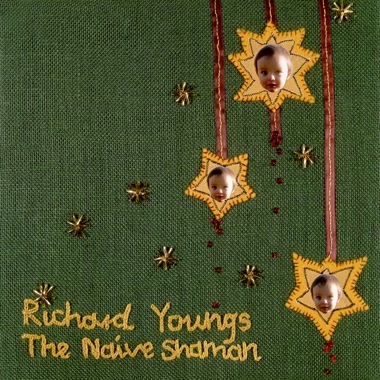