Catalog No: JAG110
Label: Jagjaguwar
*We are now out of the deluxe 2xcd version - though limited copies will be available in stores on 8/7/07. The standard single disc version is now available for sale online.* Okkervil River's Black Sheep Boy was one of the most acclaimed releases of 2005. Kelefa Sanneh wrote in the New York Times that "Will Sheff, leader of the Austin indie-rock band Okkervil River, writes like a novelist." With their newest release, The Stage Names, Okkervil River dynamite the walls of Black Sheep Boy's gothic, moss-walled castle from the inside to let in the glaring sun. Where Black Sheep Boy presented a fairytale of dark babbling streams and high distant towers, The Stage Names takes place in an unmistakably modern world, where snowy televisions blast into cheap hotels the spectral images of soap stars endlessly betraying each other, where losers in late-night bars languish to the beat of their favorite songs, where broken-down actresses place their final cell calls from lonely mansions high in the hills. Riddled with characters real and fake, with true-life biography and brazenly fabricated autobiography, with the relics of high culture and the crumpled-up trash of low culture, The Stage Names is a cinemascopic take on the meaning of entertainment. And, crucially, it entertains. Reverberant with echoes of Motown snap and girl-group pop, redolent with ripe whiffs of dirty rock 'n' roll, shining with the shimmy of Bo Diddley, with the shimmer of the Velvets, with the swagger of the Faces, and with a glittery sprinkling of cheap perfume over the top of it all to disguise the stink, The Stage Names is a relentlessly-paced and ruthlessly thrilling journey.
read more 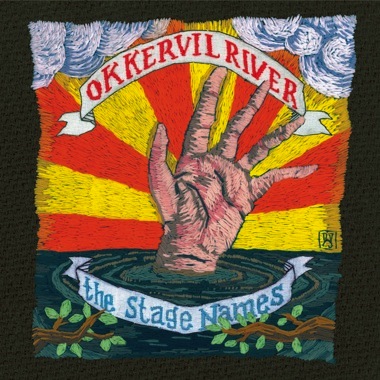